EU parliament head prepared to lead delegation to Iran | Europe | News and current affairs from around the continent | DW | 24.06.2009

Iranian Nobel laureate Shirin Ebadi's appeals to the EU to respond to the violence in her country are bearing fruit: the president of the EU parliament is considering sending an unprecedented delegation to Tehran. 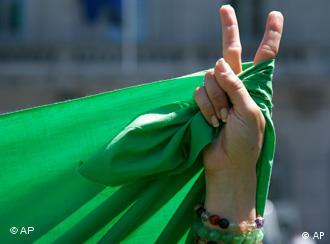 An Iranian opposition supporter demonstrating in Brussels on Wednesday

EU Parliament President Hans-Gert Poettering said Wednesday that he is prepared to lead a delegation of European deputies to Iran to study allegations of fraud in the recent election that returned hardliner Mahmoud Ahmadinejad to another four years in power. 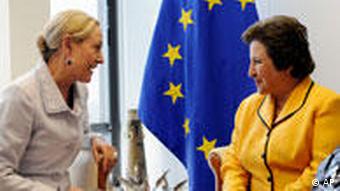 His comments came after meeting Iranian Nobel peace prize winner Shirin Ebadi, who has been campaigning for EU countries and other members of the international community to "express their protest" over Tehran's violent crackdown on opposition demonstrators.

"I have never done this before but this...is so severe and important that I'm ready to go myself as president of the European parliament to show our solidarity with the people in Iran," he said.

Poettering said he had no way of knowing whether Iranian authorities would permit such a delegation to enter the country, adding that he would "follow the diplomatic procedure."

On Tuesday, the Iranian government accused Ban of "interfering" in the country's affairs after he issued a statement calling for an end to violence. Tehran has also accused Western governments, including Britain, France, Germany and the United States, of fuelling anti-government protests. 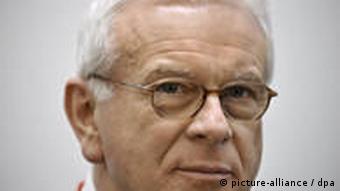 Poettering rejected such claims, saying that the demonstrations had clearly been "spontaneous."

Ebadi has also called for countries to impose political sanctions against Iranian authorities, and for fresh elections to be held under international supervision.

Iran's supreme leader Ayatollah Ali Khamenei said on Wednesday that the regime would not back down in the face of the protests, despite rapidly deteriorating relations between Tehran and the West.

As Iranian forces continue their violent crackdown on opposition protesters in the wake of recent presidential elections, authorities in Tehran have accused Western governments of fueling the unrest. (23.06.2009)

The European Union has released a statement expressing serious concern after the deaths of Iranian protesters and called on Iranian authorities to allow peaceful demonstrations. (16.06.2009)

EU and Germany air concerns about Iran's re-election of Ahmadinejad

The European Union and Germany have expressed concerns about alleged irregularities in Iran's presidential election, as supporters and opponents of President Mahmoud Ahmadinejad rally on the streets of Tehran. (15.06.2009)