EU lawmakers have thrown their weight behind a bill to tighten regulations on the trade of minerals that have been used to finance armed conflicts around the globe. But the law will only come into effect in five years. 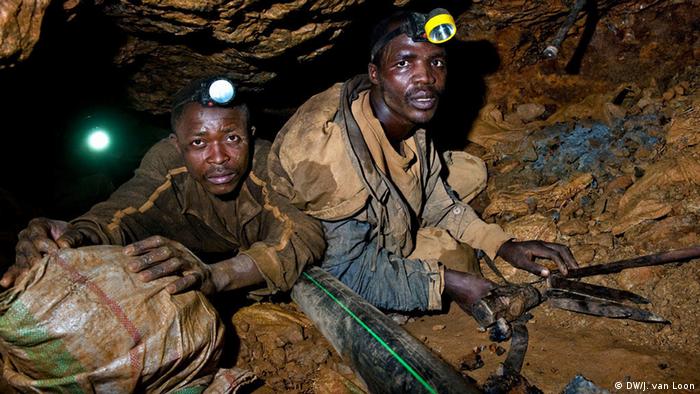 The European Parliament on Thursday overwhelmingly approved a law requiring firms to ensure they do not use so-called conflict minerals from Africa and other regions that end up funding warlords.

The legislation will force large companies to track their supplies of tungsten, tin, tantalum and gold, which are often used in computers and smartphones.

The bill was approved after years of delays amid intense opposition by business lobbyists, who in the end had to relent but won a late implementation date of January 2021. This provides enough time for EU member countries to appoint compliance authorities and for importers to become familiar with their obligations.

Good, but not perfect

With the law, "compulsory checks for the importers will ensure that minerals or metals sold on the European market are not used to illegally finance conflicts," said MEP Iuliu Winkler, who shepherded the bill through parliament.

The law was inspired by the Dodd-Frank Act, a vast US financial reform package under which US companies must inform regulators if they use metals from DR Congo or neighboring countries.

Activists warned that the EU bill now contained a string of last-minute loopholes including exemptions for smaller companies.

The NGO Global Witness campaigns against human rights violations. It says more needs to be done to combat the trade of diamonds from conflict zones. The existing 'Kimberly Process' doesn't go far enough, it says. (29.01.2016)