EU lawmakers have said the declaration will increase pressure on the incoming European Commission to take a stronger stance on fighting climate change. 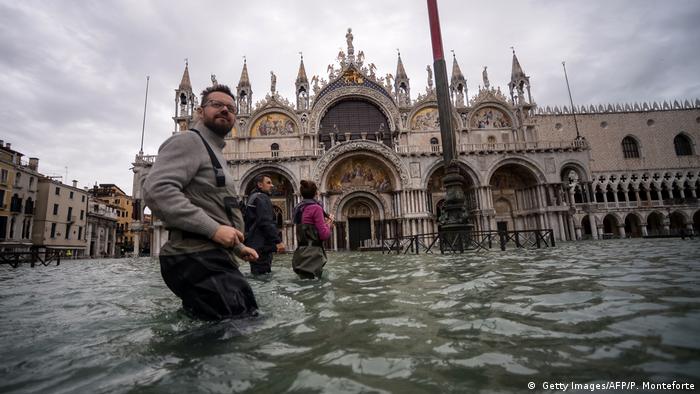 European lawmakers have voted to declare an EU-wide climate emergency, in a symbolic move aimed at increasing pressure on the incoming European Commission to take a stronger stance on climate change.

The climate declaration was passed on Thursday in Strasbourg during a European Parliament (EP) debate on the upcoming United Nations' COP25 climate summit that kicks off December 2 in Madrid.

In a statement on Twitter after the vote, EU lawmakers urged the European Commission "to fully ensure all relevant legislative and budgetary proposals are fully aligned" with the 1.5-degrees-Celsius (2.7-degrees-Fahrenheit) target limit on global warming.

The resolution was put forth by French MEP and chair of the EP's environment committee Pascal Canfin, in the same month President Donald Trump began formal proceedings to withdraw the US from the Paris Agreement.

"Given the climate and environmental emergency, it is essential to reduce our greenhouse gas emissions by 55% in 2030. It also sends a clear and timely message to the Commission a few weeks before the publication of the Communication on the Green Deal," said Canfin.

The incoming European Commission president, Ursula von der Leyen, has proposed a "European Green Deal' that aims to achieve "climate neutrality" — or no added greenhouse gases to the atmosphere beyond those that can be absorbed — by 2050.

European lawmakers have said the bloc must assume a leading role in the international fight against climate change.

However, coal-powered member states Poland, Hungary and the Czech Republic, are reluctant to commit to carbon neutrality by 2050.

Those countries, all reliant on burning fossil fuels, argued earlier this year that the cost of transitioning to clean energy would be too burdensome. They are asking for additional funding to make the transition.

"The just transition is a fundamental issue: it must be fair in social and regional terms. With regard to Poland and other central European countries, all EU funds must be used for greening, in particular the cohesion funds," Canfin told Euractiv.

A new report has revealed the extent to which Germany has already been affected by climate change. Temperatures have risen markedly in the past five years, and it is expected to get worse. (26.11.2019)