EU Officials Head to Mideast Amid Israeli Ground Offensive | Europe| News and current affairs from around the continent | DW | 04.01.2009

Amid a scathing attack Sunday from the Arab League, several European diplomats and leaders are to traveling to the Mideast in a bid to push for a ceasefire after Israel's military incursion into the Gaza Strip. 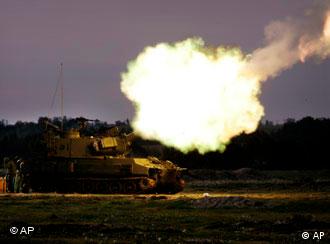 Schwarzenberg heads an EU mission -- the Czech Republic assumed the EU presidency on January 1 -- following an EU foreign ministers' call at their emergency meeting in Paris last week for an immediate truce and full opening of the Gaza Strip to international aid agencies.

Amid the flurry of diplomatic activity, Arab League Secretary General Amr Mussa Sunday sharply criticized some European politicians who were defending Israel's actions as those taken in self-defense. 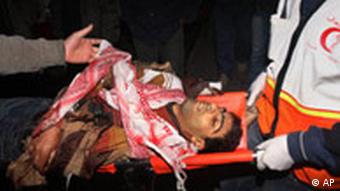 "We are hearing that there are people who say that this is a war of self-defense. This we reject with utmost decisiveness," Mussa said, while also denouncing the failure of the UN Security Council late Saturday to agree on an immediate ceasefire in Gaza.

He said Arab countries would undertake a third attempt to persuade the Security Council to issue a resolution demanding that both sides immediately stop their attacks.

A delegation of Arab foreign ministers is expected to leave for the UN's headquarters Sunday evening, Mussa said.

Regarding the impending visit by Sarkozy, the Arab League chief said it had to be seen what proposals the French leader would be bringing.

"We welcome every positive proposal which gets things going and if President Sarkozy can bring such a proposal then we will welcome him," Mussa said. 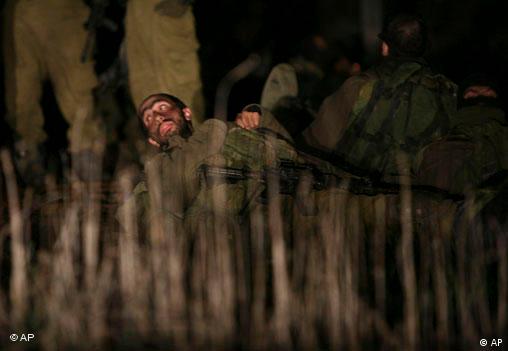 The Czech government statement in Prague said that Israel's land attack on the Gaza Strip was expected, but cannot justify the suffering inflicted on the civilian population.

"Launching land operations by the Israeli forces in the Gaza Strip is not surprising, there were indications that Israel had been considering this step. But even the indisputable right of the state to defend itself does not allow actions which largely affect civilians," the Czech government said. 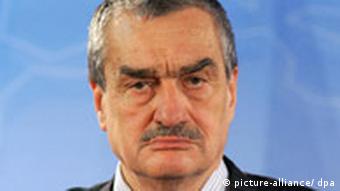 The Czech statement repeated that demand, calling for "the facilitation of humanitarian aid to the inhabitants of the Gaza Strip, and ... the establishment of a ceasefire."

Parallel to the EU mission, the EU Commission on Sunday pledged 3 million euros ($4.2 million) in emergency aid to civilians in the Gaza Strip.

Sarkozy, traveling to the region in France's capacity as co-president with Egypt of the Mediterranean Union, is to visit Cairo, Ramallah and Jerusalem on Monday, followed by talks on Tuesday in Syria and then a visit with French troops in southern Lebanon.

Meanwhile in Moscow, the Russian foreign ministry said Saltanov had been commissioned by President Dmitry Medvedev to "set up contacts in Israel, the Palestinian areas as well as Damascus and Amman." Moscow was concerned about the "continuing destabilization of the situation in the Gaza Strip," the ministry said.

The EU said Sunday it's providing three million euros in urgent humanitarian aid for Palestinians in the Gaza Strip as European politicians continued diplomatic efforts to try and halt the violence. (04.01.2009)

Israeli troops pushed deep into Gaza Sunday as the new phase of their offensive against Hamas gained momentum. Earlier, the UN Security Council failed to agree on a statement calling for a ceasefire. (04.01.2009)