EU fines Microsoft for antitrust breach | Europe| News and current affairs from around the continent | DW | 06.03.2013

In a historic antitrust case, the EU has levied a penalty of more than half a billion euros against American software giant Microsoft. The ruling could serve as both a precedent and deterrent in future antitrust cases. 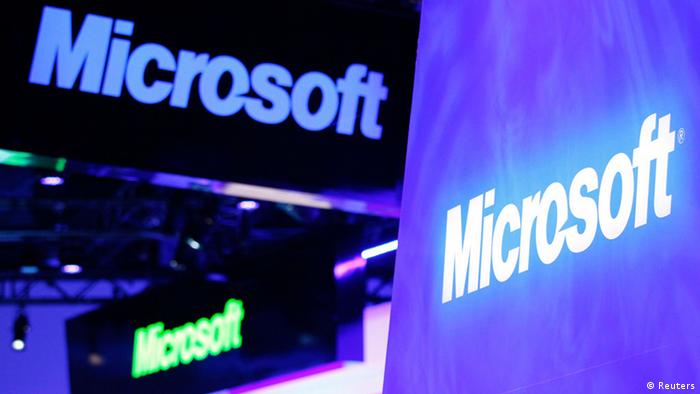 The European Commission on Wednesday fined Microsoft 561 million euros ($731 million) for failing to uphold an antitrust settlement, marking the first time that Brussels has punished a company for not living up to its legally binding settlement commitments.

"Legally binding commitments reached in antitrust decisions play a very important role in our enforcement policy because they allow for rapid solutions to competition problems," EU Competition Commissioner Joaquin Almunia said in a release on Wednesday.

"Such decisions require strict compliance," Almunia added. "A failure to comply is a very serious infringement that must be sanctioned accordingly."

The ruling stems from a 2009 settlement, in which Microsoft promised the commission that it would offer options other than its own browser, Internet Explorer, to European users of its Windows operating system. Microsoft had agreed to install a system called Browser Screen Choice for five years, which would allow users the choice of competitors such as Mozilla Firefox and Google Chrome.

But during the period of February 2011 to July 2012, Microsoft failed to offer alternative options on its Windows 7 Service Pack 1 operating system. 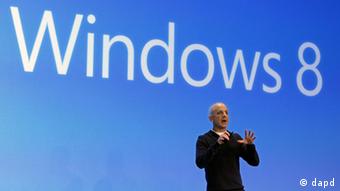 "What [the ruling] illustrates is the need for compliance with commission commitment decisions, which I think too many companies enter into far too lightly," Alan Riley, an expert on competition law at City University London, told DW. Commitment decisions are legally binding agreements that stem from EU antitrust settlements.

According to Mario Mariniello, a competition expert with the think tank Bruegel, the EU's competition commissioner has come to rely on settlements as an efficient and quick way to resolve antitrust cases. As a consequence, Brussels is signaling that settlements have serious consequences.

"At the moment in which you enter a settlement, you want to be sure that this settlement will be credible and will have a concrete effect on the markets," Mariniello told DW. "So Almunia has the need to signal that a settlement is a serious thing, and that's why this decision has been taken."

Microsoft has claimed that the lack of browser choice stemmed from a technical error. And in an October 2012 filing with American regulators, the computer giant said that it had slashed the bonuses of chief executive Steven A. Ballmer and the former head of Windows division, Steven Sinofsky, as a result of the incident.

"We take full responsibility for the technical error that caused this problem and have apologized for it," Microsoft wrote in a statement Wednesday. 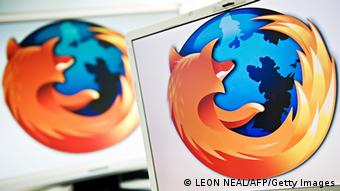 The Browser Screen Choice system offers users the option of rival browsers, such a Firefox

"We provided the commission with a complete and candid assessment of the situation, and we have taken steps to strengthen our software development and other processes to help avoid this mistake - or anything similar - in the future," the company added.

Technical error or not, the commission - which is also pursuing an antitrust case against Google - moved forward with sanctions against Microsoft. Under EU competition rules, Brussels could have fined Microsoft 10 percent of its global revenues, which would have amounted to $7.4 billion.

According to Riley, intent plays an important role for the commission in deciding whether or not to pursue the maximum penalty. In the case of Microsoft, the infringement was apparently an oversight and was not deliberate. As a result, the commission levied a lesser fine.

The EU is taking a tough stance against what it considers anti-competitive behavior by Microsoft, which could be fined up to 7 billion dollars. DW looks at Microsoft's troubles in Europe. (04.12.2012)

EU regulators have sent Microsoft a formal complaint, accusing the software firm of failing to give customers a choice among Internet browsers. Microsoft's spat with the EU might cost it 10 percent of its 2012 revenues. (24.10.2012)

A European court has upheld a massive fine that was imposed on Microsoft by an EU competition watchdog. Although it now must pay slightly less, the US company failed to convince the court to quash the ruling. (27.06.2012)