The EU has voiced concern over events in EU-candidate, Turkey. Hundreds of police officers have been sacked in recent days in what appears to be retaliation for a graft probe into the premier's closest allies. 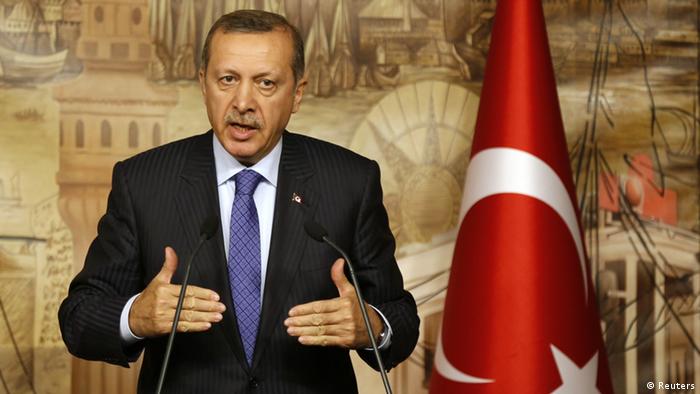 The EU Commission responded to recent events in Turkey with concern in a statement issued on Wednesday.

"The recent steps [of removing, reassigning or firing police officers and investigators] are a matter of a concern," a statement from Olivier Bailly, the spokesperson for European Commission chief of enlargement and neighborhood policies, Stefan Füle, said.

Since the beginning of a high-level corruption probe in mid-December, the government in Ankara has sacked hundreds of police officers, among them Istanbul's police chief. The culmination of the dismissals came earlier this week with 350 police officers being removed from their positions, followed by some 16 police chiefs being fired on Wednesday.

The Commission renewed calls for Prime Minister Recep Tayyip Erdogan (pictured above) and Ankara to uphold its commitment as an EU candidate to the rule of law and justice.

"We urge Turkey, as a candidate country committed to the political criteria of accession, including the application of the rule of law, to take all the necessary measures to ensure that allegations of wrongdoing are addressed without discrimination or preference in a transparent and impartial manner," the statement added.

Police in Turkey arrested dozens of people allegedly tied to a high-level corruption scandal beginning on December 17. Among them were three former ministers and their sons, as well as the chief executive of Turkey's state-run Halkbank.

Authorities have arrested suspects accused of such offenses as accepting or facilitating bribes in exchange for granting construction permits or development grants.

The recent removal of police officers and chiefs is seen as a retaliatory move by Erdogan's government.

Government crackdowns have been cause for concern in the EU prior to this week's events. Over the summer, talks aimed at resuming negotiations with Ankara were halted by a violent response to protesters in Istanbul. However, the European Commission recommended moving forward with Ankara on becoming a member statement in October, citing improvements in other policy areas, such as the commencement of a peace process with Kurdish groups in the country's south east.