Threats of retaliation, outright refusal to cooperate - the EU's carbon trade scheme for airlines has caused more than consternation among international carriers. But European airlines say they, too, are paying a price. 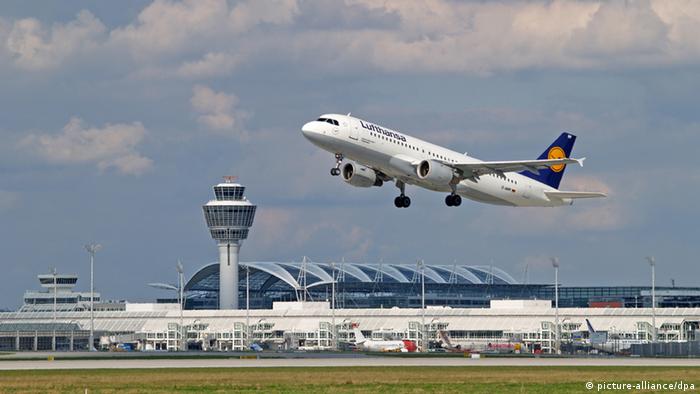 Since the beginning of the year, all flights that take off or land in EU airports have the carbon output of their trip tallied. Airlines that surpass a certain level of allowed emissions will have to pay, starting next April. But European carriers say besides the cash costs they will also suffer as targets of reprisals against the EU legislation.

The EU legislation has put airlines in a bad spot, says Tony Tyler, CEO of the International Air Transport Association (IATA) that represents carriers in more than 100 countries.

"We're in a mess because Europe has gone ahead with extraterritorial taxation and this has upset countries around the world," he said at IATA's annual conference, held earlier this month in Beijing. "China is a good example where they've passed regulations preventing their carriers from taking part." 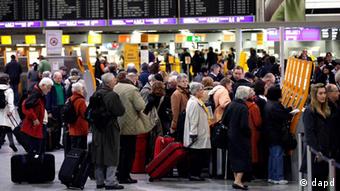 Passengers may have to brace for higher ticket prices

China ignored a deadline to submit details about its aviation emissions and threatened to seize European aircraft landing on Chinese territory if Brussels penalizes Beijing for failing to submit emissions data.

India also boycotted the data submission and has warned of potential retaliation.

There have already been commercial consequences: aircraft manufacturer Airbus says China has curtailed orders with the company. Russia is rejecting Lufthansa Cargo and Finnair requests for additional rights to fly through Russian airspace. Finland's Transport Ministry says the block appears to be retaliation for the emissions fees. Although the Russian government hasn't publicly confirmed that, Moscow has threatened to restrict European access to air corridors because of the dispute.

Across the Atlantic, opposition also shows no signs of abating. The US Congress is working on legislation to outlaw airline cooperation with ETS, demanding the law be set aside while talks proceed in the International Civil Aviation Organisation, the United Nations-based aviation body. Transportation Secretary Ray LaHood insists progress is being made there and that the EU move worsens chances for a deal. 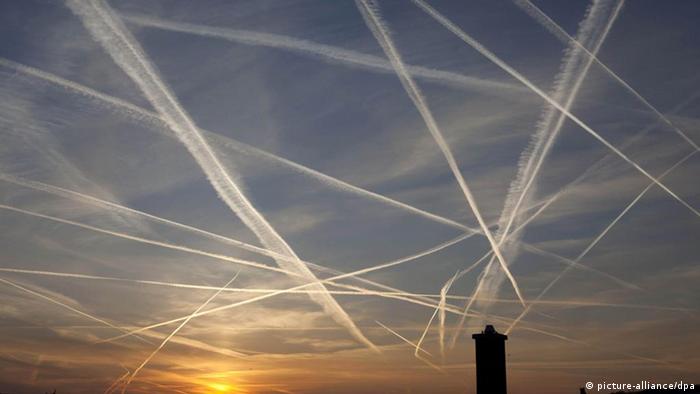 "They've been the Lone Ranger on this - don't just pass a law and expect the rest of us to go along with it," he said. LaHood has called on the EU to cease application of ETS to international flights in order to help accelerate efforts to form a global solution on aviation emissions.

Nancy Young, Vice President of Environmental Affairs for the US trade group Airlines for America, told the Chamber of Commerce recently that European policymakers seriously underestimate the strength of opposition to the program. "It's not just about the airlines, it not just about the United States, it's about the precedent of one country or set of countries grabbing jurisdiction over the entire world," she said.

An additional cause for anger is that the carbon output and thus potential charges are based on the entire flight with a start or endpoint in the EU, not just the portion that flies over Europe.

Estimates differ as to how much the trade scheme will actually cost airlines per passenger. Supporters say it will be just a few dollars per person per flight. IATA paints a darker picture by quoting it in terms of industry-wide costs, almost 1.2 billion dollars (950 million euros) this year, tripling by 2020. Many airlines have already added charges to their ticket prices, despite the fact payments start only next April.

European carriers insist the EU is hurting its own companies the most. Airline CEOs who met recently in Brussels speculated that non-EU carriers could change their flight paths to avoid Europe and save on emissions payments. In some cases, this would actually extend the length of journey, producing more emissions, which would be counter-productive for the environment.

Bill Hemmings, an aviation specialist with the NGO Transport and Environment, scoffs at any notion that airlines or travellers would choose a different route to Europe because of the emissions trading scheme.

"You're not going to fly to Moscow and take a bus," he told DW. "These airline executives know better than you or I or anyone else that the price you can charge for a non-stop flight to Europe is far higher than a one-stop flight to Europe and the operating cost is lower. The yield per passenger they earn is higher." The suggestion that European airlines are disadvantaged because others can divert, Hemmings said, is "complete and utter 150 percent nonsense."

A light at the end of the runway

But perhaps there is a solution that will allow everyone a way out of the escalating trade dispute: the EU says it's willing to amend the emissions program if there is a binding global deal that meets its concerns.

Raymond Benjamin, General Secretary of the UN's International Civil Aviation Organisation (ICAO), says he wants to have a proposal for a global counter-emissions strategy ready for consideration by the 191 members next spring. He's hoping for adoption of a plan at the next full meeting in autumn 2013. Such a gathering only occurs every three years.

IATA's Director of Aviation Environment, Paul Steele, is cautiously optimistic. "We're very actively engaged in those discussions to try and find the optimum benefits to aviation around the world," he told DW. At the same time, the EU would have to be convinced the agreement provides the same level of environmental protection before it would change ETS requirements.

Bill Hemmings remains skeptical a plan will be produced next year after a decade and a half of deadlock.

Airbus set to lose A380 order over carbon trade dispute

Hong Kong Airlines is threatening to scrap an order for 10 Airbus A380 superjumbo jets, a Chinese newspaper has reported. The cancellation is said to be in response to an EU carbon charge imposed on global airlines. (01.03.2012)

After the EU agreed to charge airlines for their greenhouse gas emissions, 26 countries opposed to the scheme have compiled a raft of counter-measures. But Brussels is determined to defy this coalition of the unwilling. (22.02.2012)

The EU's decision to include airlines in its emissions trading scheme is ruffling feathers outside the bloc. The 26 countries united against the new rules are meeting in Moscow to discuss their options. (21.02.2012)