Efforts to bridge the wealth gap in the European Union have suffered a major setback, the EU's executive Commission has found. As rich nations have become richer, poorer countries are locked in a downward spiral. 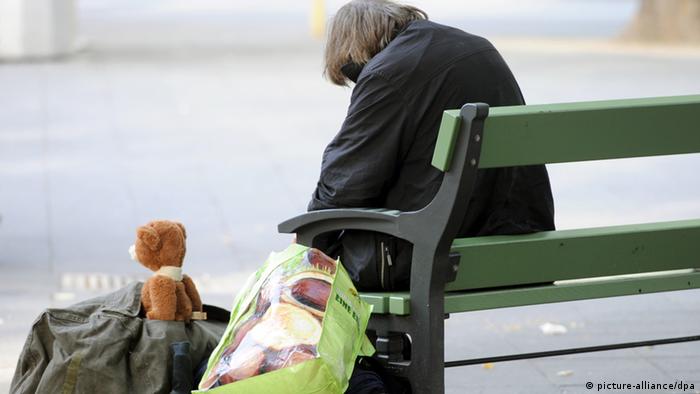 While debt-laden countries in the EU's southern periphery had sunk deeper into economic depression in 2012, their wealthier European neighbors to the north had made huge strides with regard to social progress. The findings - which were released on Tuesday - stemmed from a report on employment and social analysis by the European Union's executive Commission.

The future looked bleak with regard to overcoming the socio-economic differences, as the gap between rich and poor EU member states had widened dramatically in the past five years, according to Social Commissioner Lazslo Andor.

Andor noted that unemployment in the 27-nation bloc had climbed to 11.8 percent in November 2012. But while joblessness used to be more or less evenly spilt among all EU members, the rates in northern and southern Europe were now 7.5 percent apart, he said.

In addition, long-term unemployment had grown from 3 percent to 4.6 percent between 2009 and 2012, with especially steep increases reported from Slovakia, Spain, Greece and Ireland. The three Baltic states, Estonia, Lithuania and Latvia also reported similar jumps.

People in two out of three member states were being affected by falling real incomes, a sign of growing social splits, the EU social commissioner added. In Greece, for example, wages had dropped almost 17 percent between 2009 and 2012. Individual income dropped 8 percent in Spain and 7 percent in Cyprus.

By contrast, people in northern countries, such Germany, France, and Poland, earned more during the past five years.

"2012 was another bad year for Europe, as it worsened the social divisions even further," he said.