The EU has introduced a Europe-wide ban on mephedrone, popularly known as "meow meow." The drug is available in 12 EU member states, and is often sold on the Internet. However, it has been linked to a number of deaths. 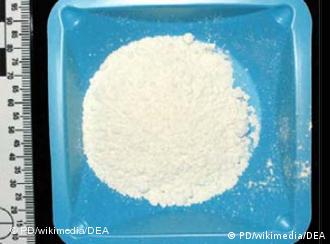 Mephedrone has effects comparable to ecstasy

The European Union banned the ecstasy-like party-drug mephedrone, also known as "meow meow" on Friday. The action follows in the footsteps of 15 individual European countries which had moved to ban the substance of their own accord.

"It is good to see that EU governments are prepared to take swift action to ban this dangerous drug," EU Justice Commissioner Viviane Reding said. "[Mephedrone] is sold over the Internet, often behind innocent names like plant food or bath salts. Young people should not be fooled. These drugs are harmful." 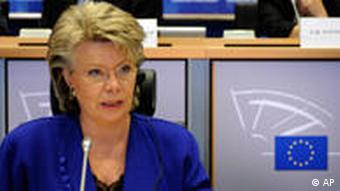 The ban includes the manufacturing and marketing of mephedrone across the European Union. The drug has been linked to 37 deaths in Britain and Ireland alone. Britain banned the substance earlier this year.

Mephedrone hydrochloride salt, as the drug is scientifically known, is commercially available from chemical suppliers on the Internet, or from street dealers. Generally, it sells for around 10 euros to 15 euros ($14 to $20) per gram. It can be obtained in powder, capsule or tablet form. Owing to the fact that it is still legal in a number of countries, many users mistakenly believe it is harmless.

However, a scientific risk assessment carried out by the Lisbon-based European Monitoring Center on Drugs and Drug Addition (EMCDDA) showed that mephedrone can cause acute health problems and lead to dependency. In at least two cases in the EU it is believed to have been the sole cause of death of people who took it.

The center reported that it is predominantly used by young people, aged 15 to 24, and that rates of drug use are higher in males than in females. It is often taken in night clubs or dance events. Mephodrone, also known as "bubble or "neodave" has no medical value.

The ban will not affect legislation in Germany, where mephedrone has been illegal for years. It is also already banned in Austria, Belgium, Britain, Denmark, Estonia, France, Ireland, Italy, Latvia, Luxembourg, Malta, Poland, Romania and Sweden.

Countries such as Spain, Portugal, Greece and the Netherlands will now have to comply with the ruling and bring their laws in line with the rest of the EU.

While illegal in many countries, the hallucinogen mephedrone is available legally in about half of EU states, as well as Switzerland and Croatia. Now the EU's executive is considering a ban of the drug called meow meow. (20.10.2010)

Legalizing cannabis in Germany is only a political side issue, but the topic persistently finds its way back into the conversation and the headlines. As California votes on the issue, DW looks at the German situation. (25.10.2010)