Ethnic Germans from Russia in open letter: 'We are not the AfD'

Organizations representing ethnic Germans from Russia have written an open letter demanding that they not be labeled as xenophobic Putin sympathizers. DW spoke with one of the signatories.

Fifteen Russian German organizations have penned an open letter to media, politicians and the public to clarify their political position with regard to the upcoming German election. The organizations represent the ethnically German minority who have repatriated to Germany from the former Soviet Union.

The signatories complain about the "very one-sided portrayal of ethnic Germans from Russia as a particularly motivated group of voters" of the right-wing populist Alternative for Germany (AfD). The letter states in no uncertain terms: "We are not the AfD, not the CDU, and not Putin's fifth column! We are individuals like all other citizens of our country!"

DW spoke with Igor Wenzel, chairperson of the organization "Forum Russlanddeutsche Essen," (the forum of ethnic Russian Germans in Essen).

Igor Wenzel: We definitely see quite biased coverage. That is unacceptable. You cannot portray people as populists or Putin supporters based on their ethnicity.

But can you deny the fact that in the German states that used to make up West Germany — particularly in the areas where many ethnic Russian Germans live — the AfD has recently received 20 or 30 or even 40 percent of the vote in state elections?

I am familiar with reports that claim that this is how it is in particular districts of certain cities. But I also know that where we live in Essen, or in Bochum or in the district of Lippe, where many ethnic Russian Germans live, the AfD's popularity is nowhere near that level. So there must be other reasons for the election results that you mentioned. In the media, Pforzheim-Heidach is constantly cited as an example. I think this has a lot to do with Waldemar Birkle. 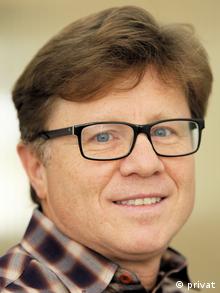 Do you mean the local Bundestag candidate for the AfD in Pforzheim, Germany?

He apparently managed to attract people there. There are no active people like that in other cities. Another reason for this may be the fact that social housing is prevalent in these areas. When the waves of ethnic Germans moved from Russia to Germany, many Russian Germans found or were provided with affordable housing. Those who could afford to pay more moved away over time. Low-skilled workers and older people often remained.

So does the problem lie in these ghettos, where certain social dynamics can quickly develop — and where the AfD campaign targets voters in Russian?

I avoid using the word ghetto. But we have always criticized a high local concentration of one particular group of immigrants. Some people see advantages: it is easier to address the group as a whole. I think the disadvantages outweigh the advantages. In these areas, there is a greater risk that radical forces will incite fears and discontent.

As far as flyers in Russian are concerned, other parties have them as well. That in itself is not so bad. It is bad when they manipulate people's emotions, as the AfD does. Yes, they are striving for Russian German votes. But it does not mean that they are popular everywhere. 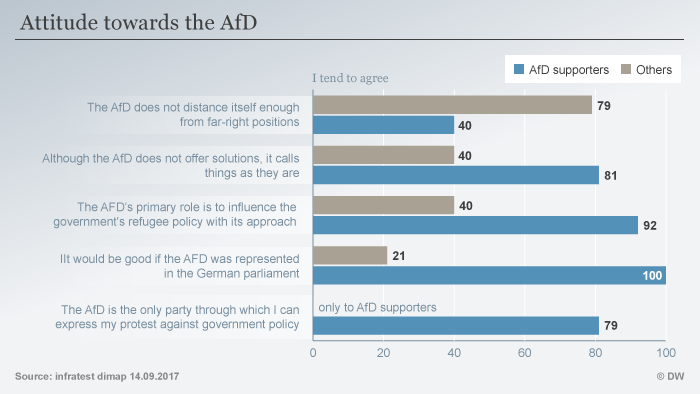 Who watches Russian television? My children don't even speak Russian. Young people born or raised in Germany do so very rarely, if at all. It's mostly older people. In some cases, the middle-aged generation does too. But they watch the news in Russian as well as in German — and compare them. I often hear people say: "We don't trust the Russian media, but the Germans are not much better."

This is how Russian propaganda achieves one of its main goals, which is to foster distrust in the media and Western democratic institutions. This, in turn, creates a breeding ground for populists.

But you can also deprive them of this fertile soil! It is possible whenever institutions and established parties work together with self-managed Russian German groups and when the parties support and promote politically active Russian Germans. I'm always told, "I am a member of a political party, but I have little chance of getting anywhere."

Six of the AfD's candidates for the Bundestag come from the former Soviet Union. Five of them are Russian Germans. Do ethnic Germans from Russia in general feel they are disadvantaged, compared to the help given to refugees?

There is the argument that there was no welcome culture when we came and no one supported us. It is outrageous to say that. Russian Germans also received a great deal of help. The state, social organizations, churches and sports clubs all helped. And we were not granted asylum, as today's refugees are, but citizenship, which gave us completely different rights.

Is one of the reasons that Russian German organizations wrote this open letter out of a fear that they could lose state or private subsidies if it becomes apparent that many ethnic Russian Germans are closely linked to the AfD?

No, we simply demand more objectivity and fairness in the media. It would be disastrous if people were to view all Russian Germans as xenophobic AfD voters or Putin supporters. Things are peaceful in districts where ethnic Russian Germans live next door to people who have fled war and persecution. There are hardly any conflicts worth mentioning; many of them are actively involved in helping refugees - our organization included. We're volunteers. There are grants for projects that ultimately benefit the general public. But the special integration programs for repatriated ethnic Russian Germans have been scaled back considerably. In many places it was too early in my opinion, because the process of integrating Russian Germans has not yet been completed.

The interview was conducted by Andrey Gurkov.