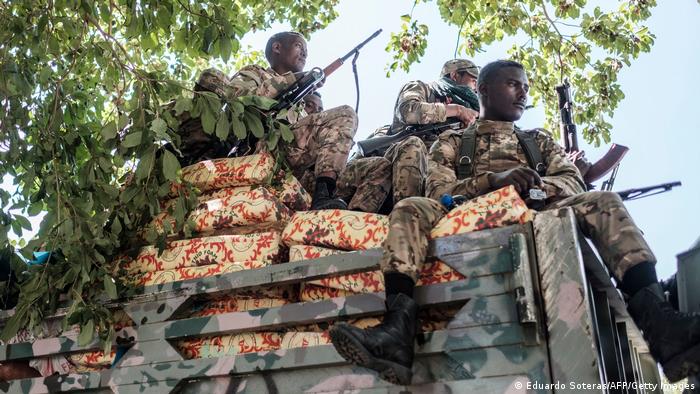 Ethiopia's military on Thursday killed at least 42 people allegedly responsible for massacring over 100 civilians a day earlier, according to local officials.

The federal troops also seized firearms during a military operation in the western Benishangul-Gumuz region.

"The Ethiopia Defense Force has destroyed 42 anti-peace forces who attacked civilians yesterday" in the Metekel zone of Benishangul-Gumuz, the regional government said in a statement on Thursday.

"The massacre in the Benishangul-Gumuz region is very tragic," Abiy wrote on Twitter, conceding the government's efforts to solve the problem "had not yielded results."

The government sent a "joint force" to the region "to solve the problem," Abiy said.

Rights group Amnesty International confirmed the Wednesday killings, saying the death toll was likely to increase in Benishangul-Gumuz. It said the attack was reportedly ethnically motivated.

Ethiopia has been grappling with outbreaks of violence since Abiy came to power in 2018. The Nobel Peace laureate has accelerated democratic reforms in the African country, which has resulted in the state loosening its grip on regional rivalries.

Contests over land and resources in Benishangul-Gumuz have spurred ethnic violence in the troubled region.

Amnesty International said Wednesday the latest violence "underscores the urgent need for the Ethiopian government to act to stop violence against ethnic minorities."

The Ethiopian Human Rights Commission (EHRC), a government-affiliated but independent body that first reported the massacre, said no security or police forces were seen in the area when the attack occurred.

"EHRC has repeatedly called for stronger collaboration between the federal and regional governments and a greater focus into the recurring nature of the attacks," it said in a statement Thursday.

"Unfortunately, the attacks have since only increased in scope and frequency."

In November, a bus attack in the Metekel zone killed 34 people. Twelve civilians were killed in a separate attack in the same area in October, and 15 died in a similar assault in late September.