Estonia Prepares to Go to The Polls in First E-Lection | Europe| News and current affairs from around the continent | DW | 03.03.2007

Almost one million Estonians go to the polls this Sunday to elect a new parliament. And while it will still be possible to mark a card with a cross in person, many will vote online in the first ever Internet election. 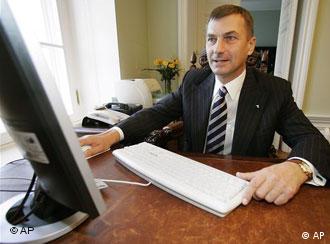 The healthiest economic growth figures since breaking away from the Soviet Union are expected to see the current government of Prime Minister Andrus Ansip easily win another term.

But this election is special for another reason: even though voting is allowed per regular ballot, everyone has been issued with special ID-cards that allows them to vote via the Internet, making this theoretically, the world’s first online parliamentary poll.

Estonia is the smallest, most northern, and least populated of the three European countries commonly referred to as the Baltic States.

Like its neighbors Latvia and Lithuania, Estonia acquired independence from Russia at the start of the 1990 when the Soviet Union collapsed. This left Estonia’s 1.3 million people free to promote economic and political ties with Western Europe. 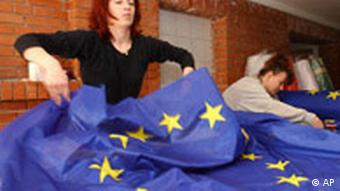 Estonia has already felt the benefits of EU membership

Estonia joined both NATO and the EU in 2004. It’s also a member of the World Trade Organization. Estonia’s economy has been positively influenced by developments in Finland, Sweden and Germany, three of its major trading partners.

These countries all have a strong electronics and telecommunications sector and that has no doubt helped Estonia in its quest to become one of the world’s most advanced IT countries:

This Sunday, Estonia will become the world’s first country where everyone who is eligible to vote can do so, via the Internet. Since the year 2000, the government has been issuing electronic ID-cards with the aim to bring everyone online so that the entire country can vote online.

IT-specialist Linnar Viik, one of the driving forces behind the country’s campaign to connect up new technology and everyday life believes it’s a revolution. "One million ID cards have been distributed. That’s a lot for a population of 1.4 million."

No one is expecting everyone to vote online. But, in a poll on Wednesday, 30,000 people cast their ballot via the Internet. 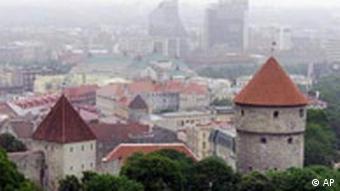 An opinion survey by the Emor polling agency predicts that Prime Minister Andrus Ansip’s Reform party together with coalition partner the Centre party are set to easily win more than half of the 101 seats in the single-chamber parliament. Why? Estonia’s economy surged 11.5 percent last year -- the fastest growth figures since it entered the free market 16 years ago.

Just five percent of the country’s population lives below the poverty line, unemployment is below six percent. Furthermore, there is no talk of austerity cuts; instead, social benefits for workers and pensioners are expected to increase.

Some experts say no government in power has ever been in such a good position before an election.

Estonia Sees its Future in Genes

The Baltic country of Estonia wants to put itself on the map by developing a genetic database of its population that could push drug development to a new level. The response, so far, has been positive. (10.12.2003)

Estonians Say “Jah” to the EU

Estonians voted overwhelmingly in favor of joining the European Union in a referendum Sunday with results showing the “yes” camp grabbing 63 percent of the vote. (15.09.2003)

For many, Estonia's membership in the EU is the next step in the small Baltic country's move to the West. But current polls indicate a vote on membership next month could be too close to call. (04.08.2003)