Espirito Santo Group: How it all started | Business | Economy and finance news from a German perspective | DW | 24.07.2014

Espirito Santo Group: How it all started

Two linked companies, Espirito Santo Group and RioForte, have applied to Luxembourg courts for protection from their creditors in recent days. The Portuguese family dynasty that owns both companies is at a crossroads. 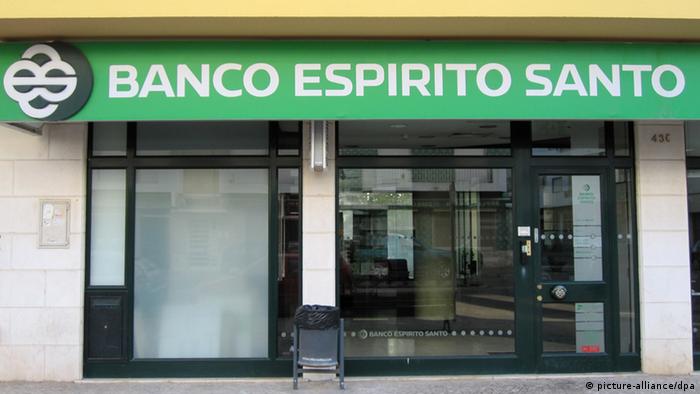 Jose Maria do Espirito Santo e Silva, born in Lisbon on May 13, 1850, didn't know who his father was. His baptismal certificate recorded his paternity as "unknown."

But his own children and children's children have been keenly aware of their parentage. Jose founded Portugal's most powerful banking dynasty, and started one of Europe's great family fortunes. His heirs would come to control companies with investments in real estate, agriculture and industry as well as finance, on several continents.

Jose began with a modest "caza de cambio" on a small street in Lisbon, exchanging foreign currencies and selling lottery tickets, retail bonds and other financial instruments. By the time he died in 1915, he owned a good deal of real estate in Lisbon as well as companies invested in sugar production in Mozambique, cotton in Angola, and - central to his growing empire - a bank, which in 1920 was renamed Banco Espirito Santo.

After he died in 1915, Jose's business empire was directed by his sons, first Ricardo and later Manuel. The sons were gifted networkers, and the family became intimate with scions of other family dynasties, including the Firestones and Rockefellers, as well as aristocrats and royals. 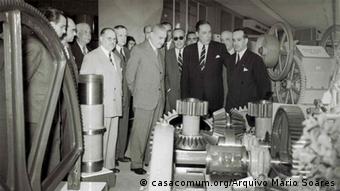 During World War Two, they befriended and hosted the Duke of Windsor and the man who would later become Spain's King Juan Carlos, among many other notables. Ties to the financial and political elite proved valuable as history served up cross-currents.

The family had a long golden stretch. Ricardo Espirito Santo, the founder's elder son, who assumed the chairmanship of the family business after the founder died, proved an able businessman, as did Manuel Ribeiro Espirito Santo, another son of the founder, who took over when Ricardo died of a heart attack in 1955.

Beginning in the mid-1920s, Ricardo Espirito Santo became a close advisor to Antonio Salazar, an economics professor who became finance minister in 1928 and later served as the authoritarian Prime Minister of Portugal from 1932 to 1968, when Portugal was a one-party corporatist state called the Estado Novo (New State). The family's businesses prospered during the Estado Novo era.

But in 1968, Salazar fell ill, and his successor, Marcelo Caetano, proved unable to maintain the conservative, authoritarian Estado Novo regime in the face of growing pressure from populist democrats, socialists and communists.

In 1974, left-wing Portuguese military officers staged a rebellion that culminated in Portugal's Carnation Revolution and the collapse of both the Estado Novo regime and the Portuguese empire in Africa.

The 1970s: Nationalization of family assets and reconstruction from exile

The hard left briefly took power, and it quickly nationalized major industries, including Banco Espirito Santo and various other family holdings, including companies in the energy, beverage, and cellulose industries. Leading members of the Espirito Santo family fled into exile in Brazil, Switzerland and the UK. 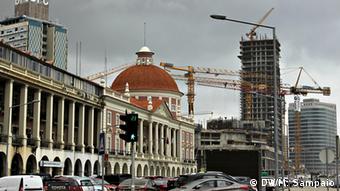 Angola and Mozambique were under Portuguese sovereignty until 1974. Pictured: Luanda, capital of Angola

By 1978, Portugal had turned politically and economically toward integration with democratic and capitalist western Europe, and properties that had been confiscated from business owners in 1974-76 began to be returned, a process that culminated in the return of BES to the family in 1991.

But the Espirito Santo family didn't know in 1975 that their assets would be returned. In the meantime, they busied themselves by restarting their fortune in other countries.

The vast network of influential contacts they had built up over the course of the previous several decades stood them in good stead. The reconstruction of Grupo Espirito Santo Group (GES) during the family's exile was materially assisted by US investment bank JP Morgan and by Royal Bank of Canada, and also by members of other family dynasties, including Italy's Agnelli family - owners of Fiat - as well as the Rothschild and Rockefeller families. GES built banks and businesses in Brazil, the USA and elsewhere.

Ricardo Salgado, a great-grandson of the family's founding patriarch, emerged as the leader of the family businesses during the 1970s. He helped reconstruct Espirito Santo Group from bases in Brazil and later Switzerland. In 1991, he became Executive Chairman of Banco Espirito Santo, and embarked on a program of expansion and internationalization of the bank from its base in Portugal, focusing on expansion into Brazil, Africa and Spain.

1975 saw the incorporation of ES International Holding in Luxembourg, the top holding company of the Espirito Santo Group (GES). This was followed by the creation of two main sub-holdings: Espirito Santo Financial Group was incorporated in 1984, focused on financial investments, and Espirito Santo Resources in 1983, a portfolio of non-financial companies and investments. 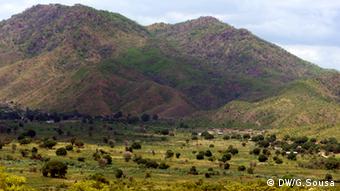 Agricultural operations in Brazil, Mozambique and Angola are among the Grupo Espirito Santo's holdings

In 2009, most of the assets of Espirito Santo Resources were folded into a new Luxembourg-registered corporate holding vehicle, Rioforte Investments. Rioforte's main focus of investment and development is South America; the company has offices in Sao Paolo.

Now it appears that the core of the Espirito Santo family holdings have run into solvency problems. The empire is crumbling. It's too early to tell what the key factors were that caused the problems -- as a private company, financial reports are not as transparent as those of publicly traded companies. But it's clear something has gone badly wrong.

In May 2014, the Bank of Portugal issued an audit questioning the financial stability and transparency of Banco Espirito Santo. In the wake of the report, Ricardo Salgado resigned from the post of CEO. In July, Espirito Santo International, the group's top parent company, requested protection from its creditors in a Luxembourg court - a request that was granted. A few days later, Rioforte Investments made a similar application.

Both companies said their requests to be placed under new management were aimed at achieving an orderly disposal of their assets. A statement from Rioforte said "a transparent and orderly restructuring" would provide for "long-term financial sustainability".

Banco Espirito Santo (BES) is not wholly owned by Grupo Espirito Santo (GES) -- the family holding controls only about twenty pecent of its shares -- but the bank's exposure to loans made to other members of the GES group of companies, now that the top GES holding companies have registered insolvency, has put the bank's own stability into question.

But the bank looks set to survive. On Wednesday (23.7.2014), BES announced that Goldman Sachs International and the US hedge fund David E. Shaw had purchased stakes in the bank of 2.27 percent and 2.7 percent respectively. The cash injections constitute a recapitalization of the bank that will allow it to remain solvent despite its exposure to questionable GES loans.

The rescue of BES by private investors has likely come as a relief to European investors and governments. The perceived risk that the bank might go under had already restarted a discussion in the EU about whether the post-2008 financial crisis was really over - and whether the failure of a major bank could start a new crisis. 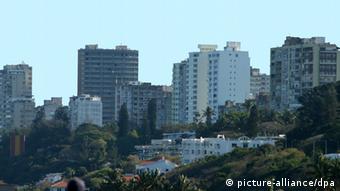 It's too early to say what went wrong at Espirito Santo Group, or to predict how the holding companies' restructuring will affect the family's heirs. But given the depth and breadth of the family's assets and connections, and its record of navigating difficult times - from the European inflation of the 1920s through the turmoil of World War II and the nationalizations of the 1970s, it's far too early to conclude that its run as one of Europe's great family business dynasties is over.