Esperantists keep the dream alive | World| Breaking news and perspectives from around the globe | DW | 24.07.2009

Esperanto speakers are gathering in eastern Poland today for a conference on the artificial language, whose founder wanted it to create global harmony. It hasn't done that, although a core group stays true to the ideal. 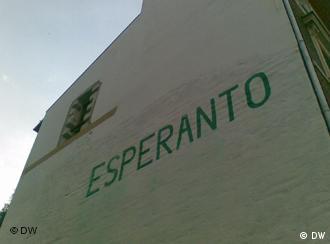 Despite the march of English, Esperantists insist their created language would be a better global second tongue

While the constructed language Esperanto has not become the global second tongue that its founder Ludwik Lejzer Zamenhof once had hoped, it is making conversation a snap for those gathering in Bialystok, Poland, for a week-long conference centered on all things Esperanto and on keeping Zamenhof's life work alive.

Seen as unrealistic Utopians by some, conference attendees and other Esperantists around the globe refuse to give up on the language first presented in a book in 1877 that was thought to be so simple and logical, it would spread like wildfire. That did not happen, although supporters say Zamenhof's dream, on the 150th anniversary of his birth, of easy communication and international friendship through his language has indeed been realized.

That would seem apparent at the 94th World Congress of Esperanto. Despite coming from around the globe and speaking a variety of native tongues, the 2,000 or so conference delegates will be able to hold complex conversations on a variety of issues thanks to Esperanto's simple grammar and flexible word construction. That is something many probably could not do if they used the de facto global tongue, English.

"(Global English) is a sort of a language for checking into your hotel room and ordering a meal in a restaurant," said Roy McCoy of the Universal Esperanto Association (UAE) in Rotterdam.

"Most people could not really have the same kind of discussions in English that they can in their own native languages," he added. "In Esperanto, they can."

Zamenhof was a Jewish ophthalmologist from Bialystok, Poland, where four languages were spoken. Zamenhof despised the fact that people often remained barricaded in their own language camps and distrusted others who spoke differently. 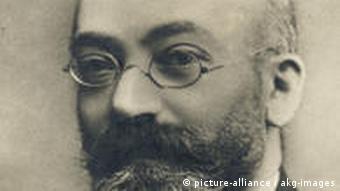 Zamenhof's Esperanto, which means "one who hopes," was supposed to change all that and he published the first book on the language, "Lingvuo internacia" ("International Language"), in 1887.

To him, this language wasn't merely a communication tool, but a means of spreading his ideas on the peaceful coexistence of different peoples and cultures. For that to happen, the language had to be simple, so he stripped away maddening irregularities so common in natural languages, and created an easy-to-learn grammar.

The vocabulary of about 900 roots, based on Indo-European languages, could be expanded into tens of thousands of words through the addition of prefixes and suffixes or making compounds.

The goal was to allow learners to achieve fluency in a short period of time. McCoy of the UAE was fluent in Esperanto after nine months, although he says he still has problems with Dutch, even though he has lived in the Netherlands for more than two decades.

In Berlin, a crowd of about forty people gathered one Thursday afternoon for a ceremony to rename a small neighborhood park after Zamenhof. As the multinational group chatted, there was no stumbling as there would be if some had to plow their way through a foreign language to talk to a native speaker. Everyone was on a level playing field, which is one of Esperanto's strengths, according to proponents. 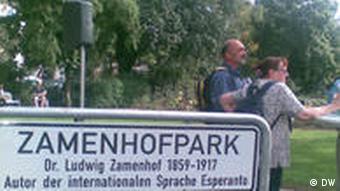 Renaming a park in Berlin after Esperanto's creator

"Esperanto won't do anything to help you in your career or make you money," said Rudolf Fischer, chair of the German Esperanto Association. "But we can have contacts with people in other countries whose language we can't speak. Esperanto acts as a bridge to other cultures."

Some Esperantists are no longer focusing on Zamenhof's original goal of world peace, instead seeing the language, and a culture that has grown up around it, as ends in themselves.

Literary works such as Hemingway's "The Old Man and the Sea" and Günter Grass' "Tin Drum" have been translated into the language. Polish international broadcasting and Vatican Radio have Esperanto services and more than 100 magazines and journals are published in the language, according to the UEA.

Esperanto versions of plays by Shakespeare and Ionesco have been staged and several movies, including the 1965 cult horror flick "Incubus," starring a pre-Star Trek William Shatner, have had all-Esperanto dialog.

Despite that, Esperanto remains something of a fringe phenomenon and, despite the successes that promoters of the language point to, the fact remains that, more than a century after its creation, the community of Esperanto speakers is tiny compared to the world population. Estimates of the number of Esperanto speakers vary from several hundred thousand to two million. 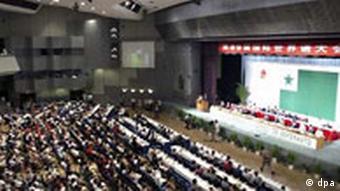 The 89th Esperanto conference was in Beijing

Regarding Zamenhof's goals, he might be pleased to see that, in the 21st century, an international language has established itself. But he likely wouldn't be as happy to learn that it is not his own created tongue, but English.

"While the number of Esperantists has remained fairly constant, the population of the world has grown by leaps and bounds. So you could say there are fewer Esperanto speakers today," said the UAE's McCoy. "It's disappointing that Esperanto has not grown."

However, he's more upbeat when talking about the conference, which he describes as a "jolly week" of Esperanto-speaking with people from all over the globe discussing everything from African culture to gay Esperantists to literature and poetry, music and film. He says the death of Esperanto has been predicted before, but he isn't worried.

As a language of scholarship, German is "on its deathbed," with most academics speaking at conferences and publishing their research in English, the German Culture Council warned this week. (31.01.2009)

September 26 is European Day of Languages. But what should be a celebration of multi-lingualism in fact highlights a failure in language-learning across the bloc and a lack of attention on minority languages. (26.09.2008)