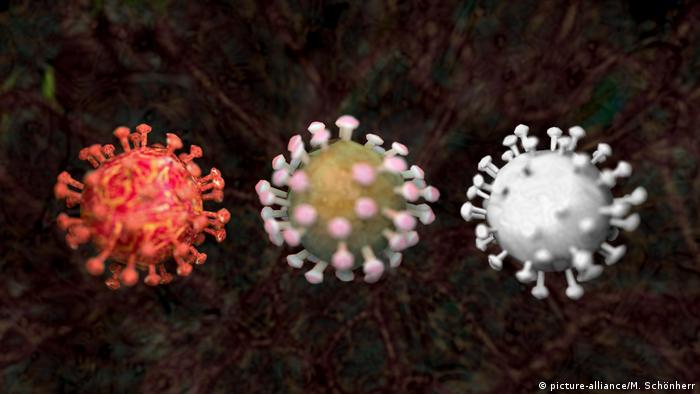 If SARS-CoV-2 becomes endemic, it may not necessarily become less dangerous

A disease that occurs regularly in certain regions is called endemic. When a disease becomes endemic, the number of people falling ill remains relatively constant over time.

The number of cases is higher than in other areas but does not increase over time. Over a certain period of time, approximately the same number of people repeatedly contract the disease.

A typical example is malaria, which annually affects 300 million people worldwide, with most cases in the tropics.

As early as May 2020, the World Health Organization (WHO) predicted that the coronavirus could become an endemic virus. The delta and omicron variants have since shown how adaptable the virus is , much like the flu. Endemic means the virus is out there in the world, and that we will have to learn to live with it in certain regions. It will not disappear.

Epidemic: Only in one region

The spread of a disease is termed an epidemic when it occurs with unusual frequency in a certain region and for a limited period of time.

When the number of cases of a disease in that particular region rises above the expected (endemic) level, it is called an epidemic. When the disease incidence is localized, it's often referred to as an outbreak.

An epidemic occurs, for example, when the virulence of a particular pathogen changes: a virus mutates and becomes more contagious.

Epidemics can also occur when diseases are newly introduced into a certain area. The prerequisite is that a disease can be passed from person to person.

An early example of this is smallpox, which was introduced to the Americas via the arrival of Europeans from the beginning of the 16th century. Because the Indigenous population had never before been in contact with the pathogens, their immune systems could not fend off the virus.

Individual projections suggest that up to 90% of the Indigenous population of the Americas fell victim to smallpox.

If a disease spreads across countries and continents, experts refer to it as a pandemic.

This means, above all, that successful control of the disease depends on cooperation among the health systems of different countries. It does not mean that a disease is particularly dangerous or deadly.

According to the WHO and the US Centers for Disease Control and Prevention (CDC), pandemics are usually caused by newly emerging pathogens or virus types. For example, these can be zoonoses — diseases that are transmitted from animals to humans.

If a disease is new to humans, very few people will be immune to the virus. Vaccinations are also not available in this case. This can lead to vast numbers of people becoming infected.

How dangerous or fatal the disease is depends on the specific virus and the health of the individual.

Even if, in percentage terms, a disease is harmless in most cases, the absolute number of serious illnesses during a pandemic can be very high. This is simply because a very large number of people are infected with the pathogens overall.

A typical disease that repeatedly assumes pandemic proportions is influenza. The 1918 influenza pandemic, also known as the Spanish flu, killed 25 million to 50 million people — that's more people than the victims of World War I. Swine flu, the H1N1 virus, also triggered a pandemic in 2009.

However, even during a pandemic, individual isolated areas can be spared from the disease, for example island or mountain areas. Air travel, however, favors the spread of pandemics.

'Epidemics' that are not the real thing

The terms epidemic and pandemic normally refer to infectious diseases. However, because it conveys a need for urgent action, noncommunicable diseases or unhealthy habits are sometimes referred to as epidemics as well.

The term has even been used to describe the increase of criminal behavior in society, with media referring to an "epidemic of rape." However, some note that this misuse of the word distracts from the responsibility of the perpetrators.

World Health Day 2015 is about highlighting food security. So what's the role of microorganisms in our food? We take a look at mold, bacteria and viruses that can spoil your appetite - but are also be useful.