Employed Germans Are the Happiest in the Land | News and current affairs from Germany and around the world | DW | 03.01.2008

Employed Germans Are the Happiest in the Land

People have very different ideas about what happiness is. It can be the affirmation of others, the reaching of the pinnacle of success or the discovery of love. But for Germans, it seems that happiness is something else. 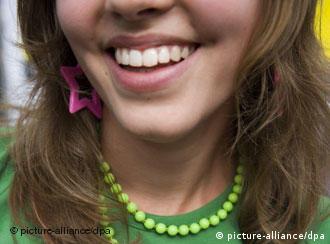 A new survey conducted by the Bertelsmann Foundation shows that those Germans who enjoy the benefits of so-called "jobs for life" -- positions such as those in governmental, educational and institutional employment -- are the happiest people in the country.

The results are unsurprising. These jobs offer security until retirement, impressive benefit packages and a contractual comfort zone which is impervious to scandal, laziness and the end of usefulness.

Imagine being in a job where you can sit undisturbed in your own office every day, underperforming and using up resources while still bringing home a tasty salary and accumulating a tidy retirement package, safe in the knowledge that only committing mass murder will result in you getting the sack. Wouldn't you be happy?

Throw in the guilty pleasures gained from making other people's jobs harder, slowing productivity to a crawl and firing off inane e-mails on the hour about random office observations and you're looking at employment nirvana. 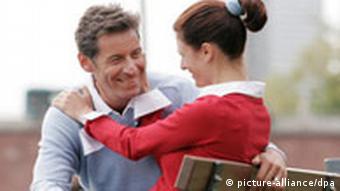 On the Bertelsmann happiness rating system offered to those taking part in the poll, these lucky people rated their existence, on average, as a 7.9 on the scale where one was miserable as sin and ten was ecstatic.

However, unemployed people in Germany were not that far behind. On average, they rated their happiness at 6.2.

The survey also shows that Germans in their 30s are the happiest age group with a rating of 7.9 on the happy scale.

So if you're a 30-something, employed person with job security, living in the west of Germany, you must be feeling pretty pleased with things right now.

Happiness might be a highly subjective notion, but teachers at one German high school seem to think that it's actually a subject that can be taught -- and graded. (13.09.2007)

Happiness is … Love and Vacation

Valentine's Day is the day of love. If a new study is right, Germans should be their happiest then on Wednesday -- in addition to during their holidays. (14.02.2007)

Apart from The Fringe, what makes you happy? How happy do you think you are? Please include your full name and country with any reply.