On the back of winning three world titles, track cyclist Emma Hinze became a gold medal hopeful before the coronavirus lockdown. The postponed Olympics have slowed her roll, but have not knocked Hinze off the pace. 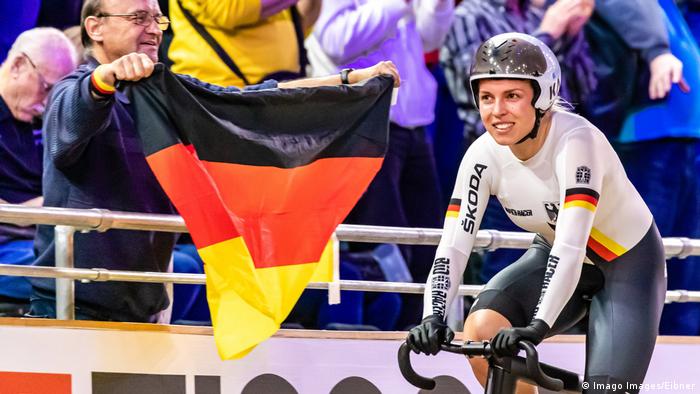 Winning had never before drawn tears from her, but in the moment, they were not to be held back. "I was super surprised by myself, my legs were so good and I was 100 per cent there mentally," said Emma Hinze reflecting on her gold-medal treble at the Track Cycling World Championships in Berlin from five months prior.

2020 looked set to be the 22-year-old's year. The German press have elevated her status as a potential successor to World Champion and Olympic gold medalist Kristina Vogel, who has been paraplegic since a training accident in 2018. Almost overnight in Berlin, Emma Hinze became the Olympic frontrunner.

A few months later in March and talk of the true consequences of the coronavirus pandemic began arising. The one case that surfaced in the athletes' hotel was met with lazy reactions and wry smiles back then, Hinze recalls. She herself had no time to worry about a virus as she was set to travel to Mallorca for a training camp. Spain, sunshine and fresh air awaited – the ideal setting for ongoing Olympic preparations. 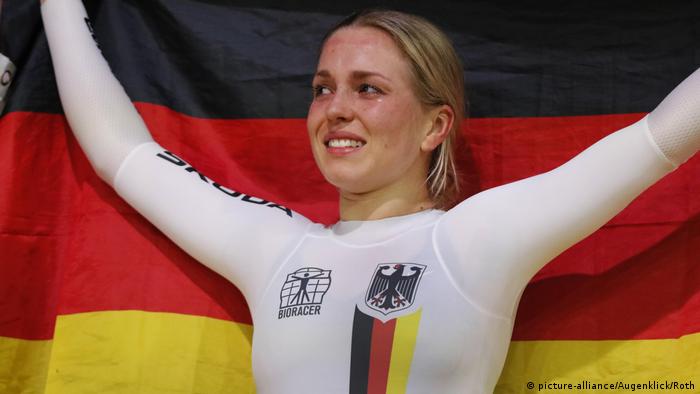 Corona hits the brake for cyclists

That is not how things panned out, however. Spain became an epicenter for the coronavirus outbreak, while the rest of the world was brought to a standstill too. First Hinze’s training camp was cancelled, then the summer Games were cancelled. It was all like a bad dream. The promising athlete was suddenly left empty-handed.

"I was sad at first," the 22-year-old admitted. "You've essentially got a timeframe you’re working with and are fully focused on." It's a timeframe that currently has no end as it's still unclear whether the Olympics will be able to take place in 2021.

The uncertainty ran rife when the pandemic first gripped the world and brought with it a host of questions. How do you stay sharp in lockdown? Will she be chosen to represent Germany when her success story from Berlin is a thing of the past?

She was at Rio 2016 as a back-up rider. "I wasn't really ready to start there," she remembers of her Brazilian adventure from four years ago. "Everything was so exciting, all the people, the competition was very tense and I was only 18." For Tokyo 2021, five years and three world titles later, she wants to go full steam ahead and is working flat out again - even with the Corona pandemic ongoing.

Training as a distraction

Luckily for Hinze, it wasn’t long until she was able to train again. The state of Brandenburg, where her Cottbus training base is located, decided only a few days after nationwide restrictions were eased that training could continue at the Olympic base in compliance with new hygiene rules. 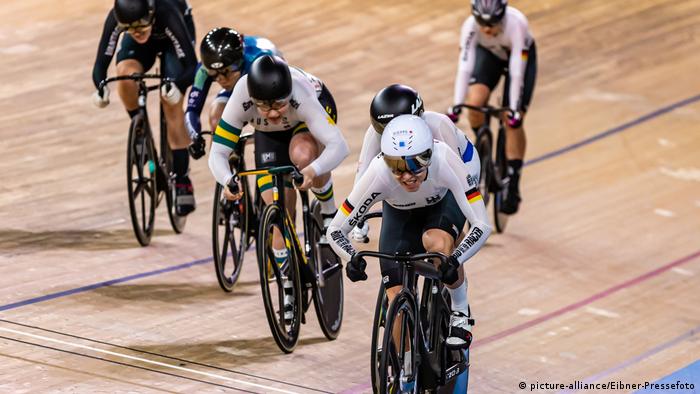 Berlin, March 2020: Having taken gold in the sprint and team sprint, Hinze completed her gold medal treble in the Keirin final.

As a result she had to train separate from the team and outdoors. An opportunity that Cottbus offers in comparison to other locations such as neighboring Frankfurt (Oder), for example - thanks to an outdoor track.

There Emma Hinze is now pulling her weight with coach Aleksander Harisanow, the man who put her back on track for success. Hinze had briefly considered ending her career in 2018 after persistent knee and back problems, but Harisanow believed in her, and both have reaped the rewards.

Neither of them knows exactly how things will develop in the coming months. The European Track Cycling Championships are scheduled to take place in November. Or in October. In Budapest. Or somewhere else. This is what planning in times of Corona looks like for many athletes, including Emma Hinze.

Whether she will be able to build on her performance from the World Championships remains to be seen. "In sport you can only be sure at the end," she already knows from experience in her still young career. Nevertheless, she has not lost the almost uncanny focus she had at the World Championships. "The Olympics remain the big goal," said Hinze before adding: "I know where I want to go. I just don't know when to deliver."

Kristina Vogel: 'I can still cycle, it's just different'

Kristina Vogel: 'I can still cycle, it's just different'