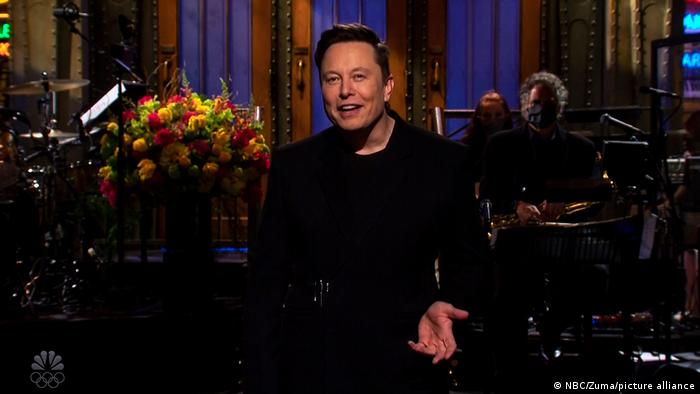 Tech billionaire Elon Musk announced while hosting the US comedy sketch show Saturday Night Live that he has Asperger's syndrome.

"I'm actually making history tonight as the first person with Asperger's to host SNL ... or at least the first to admit it," the Tesla CEO said during the opening monologue of the show.

This was reportedly the first time Musk has publicly spoken about having this mild form of autism.

People with Asperger's often focus obsessively on a complex topic and have trouble with social relationships.

The disorder is named after German doctor Hans Asperger, who first described it in 1944.

It belongs to the autism spectrum, a family of conditions, which can severely inhibit a person's mental and social development.

Musk also joked about his controversial tweets. "Look I know I sometimes say or post strange things, but that's just how my brain works," he said.

"To anyone who's been offended, I just want to say I reinvented electric cars, and I'm sending people to Mars in a rocket ship," said the SpaceX founder. "Did you think I was also going to be a chill, normal dude?"

He was accompanied by his mother, model Maye Musk, who also joined him on stage to talk about what her entrepreneur son was like when he was 12. 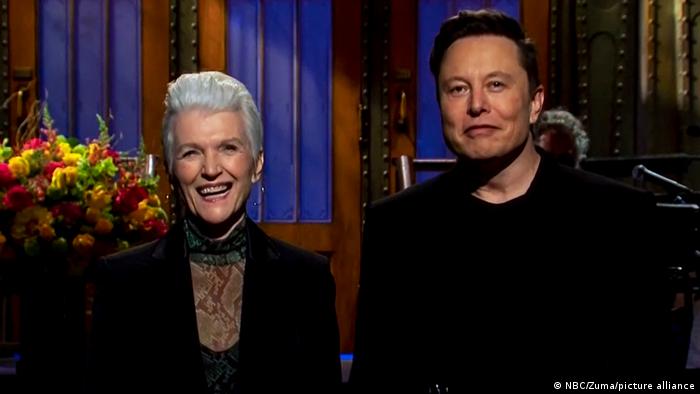 Elon Musk was joined by his mother Maye Musk as he hosted Saturday Night Live.

Musk has recently been promoting meme-based cryptocurrency Dogecoin, and also mentioned it during his appearance on SNL.

The virtual currency was brought up during his conversation with his mother. "I'm excited (about) my mother's day gift. I just hope it's not Dogecoin," Maye told her son.

Soon after the mention, the price of Dogecoin dropped by nearly 30% to $0.5 from around $0.7. However, it subsequently rebounded.

Dogecoin, launched as a satirical critique of the cryptocurrency frenzy, has climbed 41% in the last 24 hours to a record $0.68, according to CoinMarketCap.

Its value has soared over 14,000% this year alone, up from $0.00468 on December 31. It has become the fourth-largest cryptocurrency by market capitalization.

Dogecoin — whose logo features a Shiba Inu dog at the centre of the meme — remains little used in commerce or payments.

Musk is also likely the wealthiest host of the show ever. The 49-year-old, one of the richest people in the world, has a fortune of $117 billion (€96 billion), according to Forbes magazine.

SNL's decision to cast Musk has also received criticism from those who felt that the show was celebrating a billionaire in a time of great inequality.

He has also been criticized for spreading misinformation to his army of Twitter followers, often downplaying the severity of the coronavirus pandemic.

SNL has been hosted by several other business leaders, politicians, and other non-entertainers.

Former President Donald Trump has hosted the show twice; once in 2004 as a businessman and reality TV host, and the second time in 2015, as a US presidential candidate.

Elon Musk's SpaceX has successfully launched and landed the SN15 after initial attempts ended in explosions mid-air or shortly after landing.