Electric Cars Get the "Green" Light in France 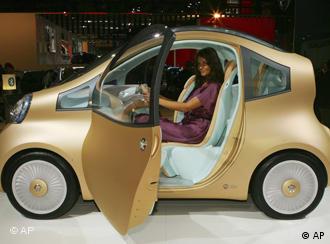 France hopes to have electric cars in action by 2011

The French government will provide funds to subsidize the development and construction of environmentally friendly automobiles, President Nicolas Sarkozy said on Thursday.

"We will earmark more than 400 million euros ($550 million) of state funds over the next four years," Sarkozy said in an address at the Paris Automobile Fair.

The money will be used "exclusively" to fund the research and development of "carbon-free cars, that is vehicles with the least possible emission of carbon dioxide, whether electric cars or hybrids," Sarkozy said.

In his speech, the French president also said he would ask the European Commission to loosen regulations on state subsidies to enable EU governments to better support policies that benefit the environment.

The looser regulations would serve to "align the EU's state-aid framework with the aims we are pursuing within the scope of our climate-energy package," Sarkozy said. 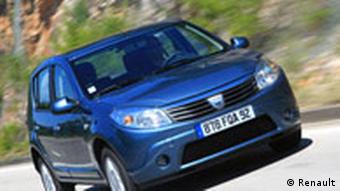 Renault may soon have an electric car of its own

The agreement between EDF and Renault-Nissan calls for the development of batteries and the construction of a network of battery charging stations throughout France by 2011.

PSA and EDF agreed to collaborate on the "definition of economic models to favor the commercial development of electric vehicles, the new technologies of energy storage, notably lithium-ion batteries, (and)... standardizing the communication between vehicles and the charging system."

EDF chief Pierre Gadonneix said, "This new collaboration is an important step in the development of electricity, notably in transportation, as a clean and competitive source of energy that respects the planet and the needs of individual mobility."

Renault head Carlos Ghosn said he expects that a newly developed E-car will be on the market by 2012. According to forecasts, some 10 million E-cars will be sold globally by 2016.

The largest motor show on Earth opened in Paris on Thursday as the auto industry attempts to convince the world it is moving forward with an eye on the environment as well as on profit margins. (02.10.2008)

Daimler, RWE to Roll out Electric Cars in Berlin

German carmaker Daimler is joining forces with RWE, one of the country's largest energy providers, to create a network of electric cars and charging stations in Berlin. (05.09.2008)