Voters in the two Central American countries of El Salvador and Costa Rica have gone to the polls to choose a new president. Both votes are likely to end in runoffs. 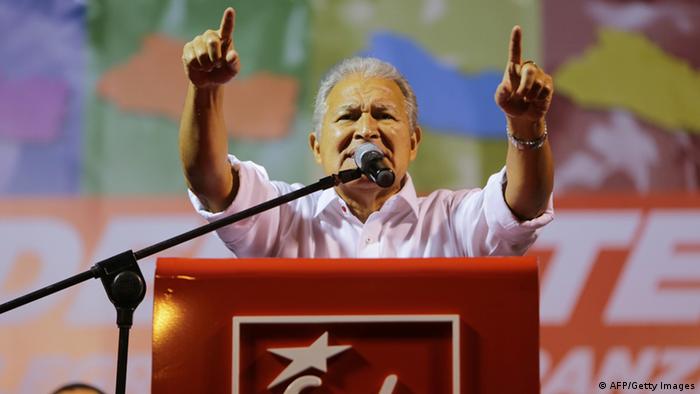 Voters in El Salvador and Costa Rica decided on who will lead their nations in Sunday polls.

In El Salvador, the ruling leftist party Farabundo Marti National Liberation Front (FMNL) under President Mauricio Funes, which has been in power for just one term, will be struggling to stay in office amid accusations that it failed to regenerate the economy and reduce gang crime. Current Vice President Salvador Sanchez (pictured above) is leading the party into the fray, and had a slight lead in pre-election polls.

The FMNL defeated the long-ruling Nationalist Republican Alliance, or ARENA, in 2009, as the first leftist party ever to gain power in the country. The party has a large following among the poorest sectors of Salvadoran society, having implemented numerous social programs including giving books, shoes and uniforms to school children, seeds and fertilizers to the poorest farmers and a small pension to the elderly.

A poll published on January 15 saw Sanchez with 37 percent support, against 30 percent for Quijano.

In Costa Rica, the ruling conservative National Liberation Party has been plagued by infighting and allegations of corruption. Its candidate, Johnny Araya, will have to convince voters that he can remedy the high unemployment that affected the country under President Laura Chincilla.

The 56-year-old Araya, who has been the mayor of the capital, San Jose, since 2003, is facing a potent rival in Jose Maria Villalta, 36, running with the Broad Front Party.

Villalta has promised to tackle inequality in the coffee-producing nation, which is Central America's second-largest economy.

Altogether 13 candidates are in the running for the election.

Experts say both of Sunday's votes will result in runoffs, as neither candidate leading in the polls is likely to get the 50 percent plus one vote needed to declare victory.