Egyptians protest against Muslim Brothers | World | Breaking news and perspectives from around the globe | DW | 29.11.2012

The largest demonstration yet against the power of the Muslim Brotherhood has not led Egyptian President Mohamed Morsi to compromise. 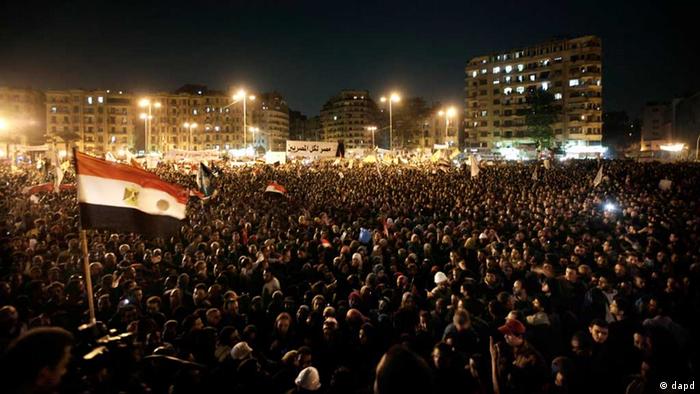 Hundreds of thousands of liberal, left-wing and secular demonstrators streamed on to Tahrir Square in Cairo on Tuesday (28.11.2012). They came from all over the city for the largest demonstration against the Muslim Brotherhood so far.

Some observers compared it to the very start of the Egyptian revolution in January 2011, but many protesters were apparently there for the first time - when a speaker asked who hadn't been there at the start of the protests, around two-thirds raised their hands.

In the past, the upper middle class, who had so far not taken part in protests, were often called "felul" - by which people meant "leftovers of the Mubarak regime." Now, one of the speakers told the crowd, "We're sorry - when we say 'felul' we don't mean you, we mean the leaders of the old regime. Welcome to the revolution!"

It was an attempt by the liberal protesters to motivate the non-Islamists to come out and demonstrate against the Brotherhood.

The protest's main demand was the reversal of President Mohamed Morsi's enabling decree. Some demonstrators limited themselves to its most controversial elements, such as the ban on a judicial review of Morsi's decisions. Many demanded the dissolution of the constituent assembly, which is charged with drawing up a new constitution and which is dominated by the Islamists.

There were chants of "Down, down with the regime of the Muslim Brothers," and it was clear that the protests were increasingly against the whole idea of the Brothers' domination. 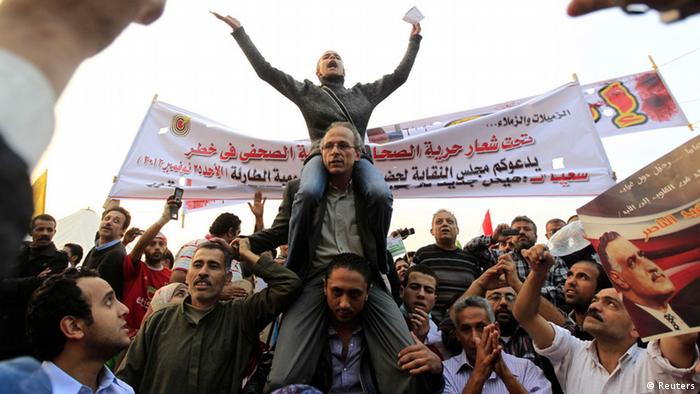 The Brothers tweeted that there was 'low turnout'

But President Morsi refuses to budge. His chief of staff announced that the decree would not be withdrawn, and he took the same uncompromising position over the make-up of the constituent assembly.

The liberals continue to mistrust Morsi. In his election campaign, the president promised to reform the assembly so that more non-Islamists would be represented - but that reform was never carried out. In fact, his decree has made it impossible to dissolve the assembly.

As hundreds of thousands gathered on Tahrir Square on Tuesday the Muslim Brothers tweeted, "Low protester turnout today indicates lack of support among Egyptians." Wagi Shehab, a leading member of the liberal Party of Free Egyptians, countered diplomatically, "The Muslim Brothers say the most extraordinary things. But the problem isn't the words, it's the deeds." 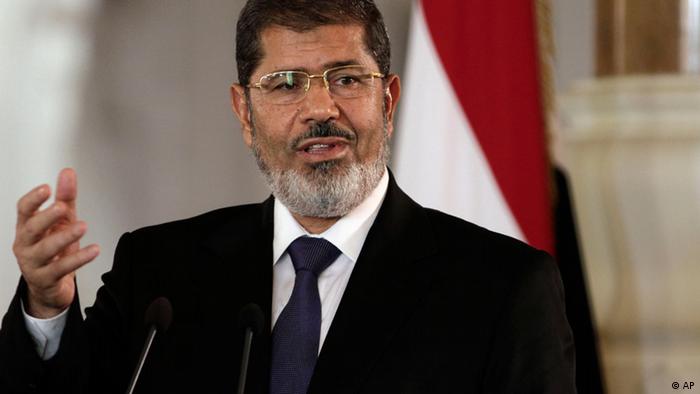 Morsi refuses to back down

But Morsi's opponents are anything but unified. Some of the demonstrators are former supporters of the military. Shehab admits that it won't be easy to integrate these new "revolutionaries" into the protest movement. As a politician, he's prepared to enter into an alliance with his former enemies if it's for the good of the country, he says, "but anyone who has seen his friend murdered next to him, and then sees the people who justified the murder now standing at his side, cannot accept this."

More protests have been announced for Friday. Tahrir Square is still occupied and closed to traffic. Many people are worried by the increasing polarization between the Islamists and their opponents. The demonstrators maintain that they will not accept Morsi's decree, but at the same time, Morsi can't give way without losing face.

Ronald Meinardus, head of the Cairo branch of the German Friedrich Naumann political foundation, insisted that Morsi is strong. "Morsi is not Mubarak," he told DW. "By the end, Mubarak was weak, but Morsi has the support of the Muslim Brotherhood, which won the election and has a legitimate membership." Morsi's government will not just collapse as Mubarak's did, he argued, and so the conflict will be tougher.

All the same, the president and the Brotherhood have no interest in a violent confrontation. The economy has collapsed and Egypt has enough problems. A serious conflict would quickly make the Brotherhood unpopular.

Parliamentary elections are scheduled for next year. Meinardus thinks the most likely scenario is a kind of "muddling through" with small concessions until the protests die down. But he too sees the current situation as unpredictable.

Fears that Egypt is on the way to theocracy

Egypt’s constituent assembly is in crisis: Several of its non-Islamist members have withdrawn in protest over what they say are attempts by the Muslim Brotherhood and the Salafists to establish an Islamist state. (27.11.2012)

Disappointed with the pace of post-revolutionary reforms, tens of thousands of people gathered in Tahrir Square to express their discontent with President Morsi. Many of the protesters once supported the president. (24.11.2012)