Egypt has formally declared the Muslim Brotherhood a terrorist organization. Authorities have blamed the Brotherhood for recent militant attacks in which several people have died. 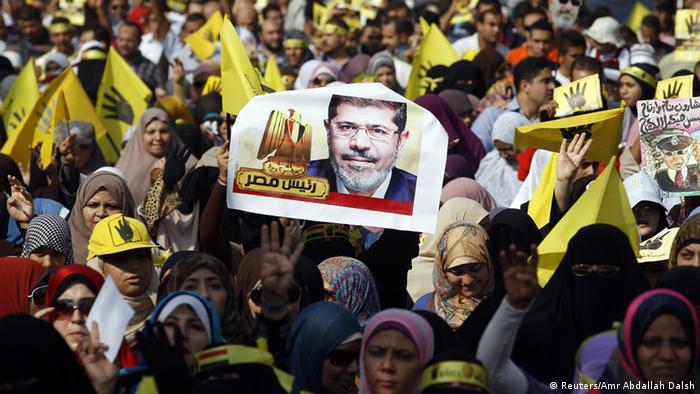 Egypt's military-backed interim government has officially classified the Muslim Brotherhood a terrorist group in a move that will give authorities greater power to crack down on it and its members.

"The Cabinet has declared the Muslim Brotherhood group and its organization as a terrorist organization," Hossam Eissa, Egypt's minister of higher education, said on Wednesday, reading out a cabinet statement after a long meeting.

People belonging to the group, or those who finance it or promote its activities would all be affected by the declaration, Eissa said.

He added that the decision had been taken following a deadly attack on Tuesday in northern Egypt that he blamed on the group, without presenting any evidence.

Social Solidarity Minister Ahmed al-Borei said all activities of the group, including protests, would be henceforth banned.

The Muslim Brotherhood has staged near-daily protests since President Mohammed Morsi, who belongs to the group, was ousted in a July 3 military coup.

It has been blamed by Egyptian authorities for a wave of violence that has recently gripped the country, for which the Brotherhood has denied responsibility.

In the most recent incident, at least 14 people were killed on Tuesday when a bomb hit a police headquarters in the Nile Delta city of Mansoura. An al Qaeda-inspired group has claimed responsibility for the attack, but the government continues to accuse the Brotherhood of being behind it.

Tuesday's attack came on the heels of a campaign of bombings, drive-by shoootings, assassinations and mass killings, mainly against security forces.

The Brotherhood has been banned at various times in Egypt's history, notably under President Gamal Abdel Nasser in the 1950s and 1960s.

The group came to new political prominence in 2005 parliamentary elections, and remained a potent force in the country over the next few years, finally winning elections in 2012 with Morsi.

Since Morsi's ouster in 2013, which led to widespread protests by Brotherhood members, it has experienced a harsh crackdown by authorities in which hundreds of people have died.