The European Central Bank has said it's willing to use further unconventional policy tools to stave off the risk of deflation. A special asset-backed securities scheme will start later this month. 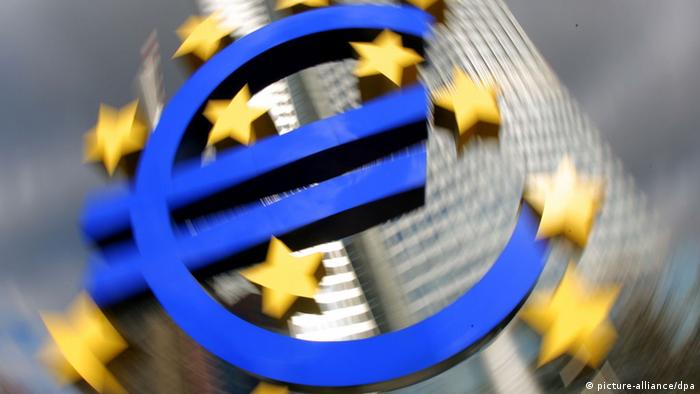 The European Central Bank said Thursday it would launch a private-sector asset buying program in mid-October.

Following a meeting of governors in Naples, ECB President Mario Draghi told reporters the ABS scheme and the central bank's covered bond-buying program should last for two years and help to facilitate the bank's lending activities geared to easing the situation of companies and private households.

The unconventional measures to be started in the months ahead would help push current low inflation back up to the ECB's annual target of just below 2 percent, Draghi added.

The Naples meeting decided that the ECB would purchase bundles of Greek and Cypriot loans, even if they happened to have junk ratings, as an integral part of the asset-buying program. This could include assets that have zero ratings, the lender emphasized.

Europe has not yet recovered from the 2008 global financial crisis, with unemployment stuck near a record high and a key manufacturing index dropping to a 14-month low.

ECB officials had been welcome to Naples by both peaceful and later violent protests by leftists, students and jobless people shouting anti-austerity slogans. There were clashes between demonstrators and police using water canons.