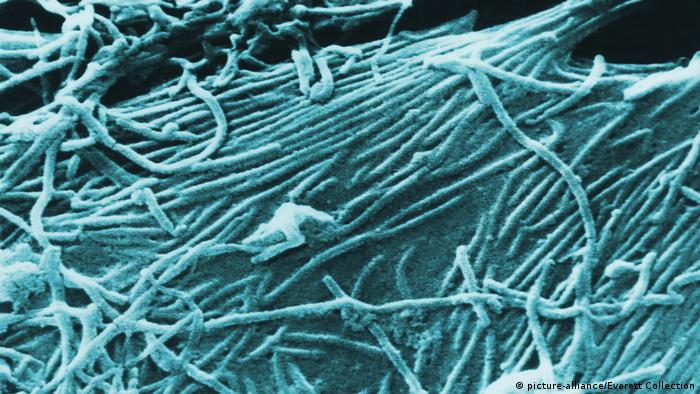 The Democratic Republic of Congo (DRC) declared a new Ebola epidemic Monday in the western city of Mbandaka, more than 1,000km (620 miles) away from an ongoing outbreak in the east.

"This outbreak is a reminder that #COVID19 is not the only health threat people face," he added.

The DRC has been struggling to put an end to a nearly two-year-old Ebola outbreak near its eastern borders with Rwanda and Uganda which has left more than 2,200 people dead. The current epidemic has been the second-deadliest outbreak of the disease on record.

Authorities were hoping to declare an end to the current outbreak in April with cases rapidly receding, but a flare-up in the east put that on hold. This will be the DRC's 11th outbreak since 1976.

Read more: Coronavirus — The lessons to learn from Ebola

The Equateur province has already experienced high Ebola rates during previous outbreaks, for example in 2018 when 33 people died.

"This is a province that has already experienced the disease. They know how to respond. They started the response at the local level on Sunday," Longondo said.

Fighting throughout the African country and mistrust of medical workers have impeded attempts to curb outbreaks in the past.

WHO sounds alarm over new Ebola case in Congo

After weeks of calm in the fight against Ebola, the WHO noted a new case in the Democratic Republic of Congo. The report came as the government was preparing to officially declare the end of the Ebola epidemic. (10.04.2020)