Eastern Germany catching up? Forget it! | Business | Economy and finance news from a German perspective | DW | 03.09.2015

Eastern Germany catching up? Forget it!

Twenty-five years after German reunification, people in the former East are unlikely to catch up economically with their western counterparts, the Ifo think tank has predicted. Structural problems are to blame. 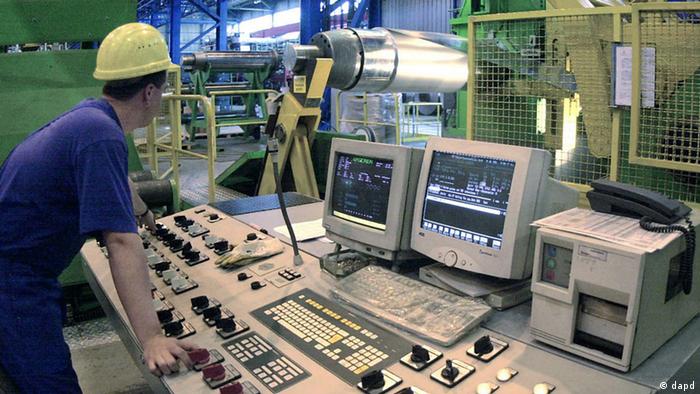 Eastern Germany's economic clout will keep lagging for at least another quarter of a century, a leading figure from the Munich-based Ifo think said during a talk on in Tutzing on Thursday ahead of the 25th anniversary of German reunification.

The deputy head of Ifo's branch in Dresden, Joachim Ragnitz, said economic convergence between eastern and western Germans had already come to a standstill 20 years ago.

He noted that gross domestic product of the eastern states amounted to only 75 percent of the average in the west back in 1995, indicating that the picture hadn't changed since.

Facing up to reality

"We should distance ourselves from the illusion that we're on a path towards equal living conditions in the former two halves of the country," Ragnitz said.

He cited grave structural problems in the east as the main course for ongoing disparities. Among other things, Ragnitz pointed to the lack of highly productive companies there boasting enough core capital.

A rapidly aging population caused not least by the exodus of younger workers westwards was also a main course for concern, he argued.

The only silver lining were clusters of research and growth in eastern German cities such as Dresden, Leipzig, Jena and the area around Berlin which Ragnitz said had sufficient potential to catch up further with flourishing economic centers in western Germany.

Germany's eastern states still economically trail behind western regions, three decades after reunification. But that gap has shrunk to 18%, according to an annual government study.