It's an age often described as one of social unrest, leading to an "apocalyptic nightmare of violence, warfare, and cannibalism." A Neolithic mass grave in Germany shows the idea may not be far wrong. 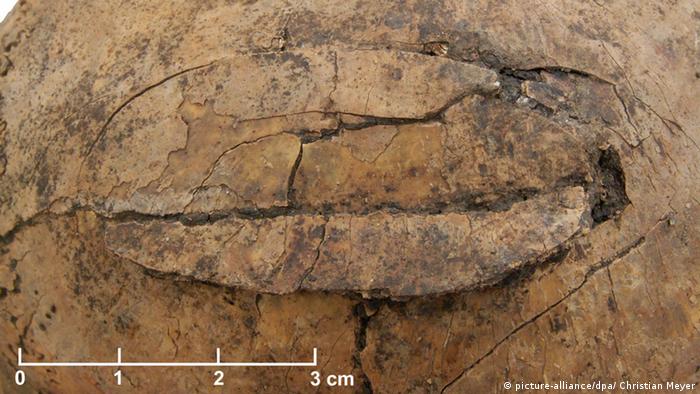 To call this piece of Early Neolithic detective work "challenging" is an understatement. But Christian Meyer and his fellow researchers now believe they have enough evidence to explain "conclusively" what happened at the site of a mass grave in Schöneck-Kilianstädten, near Frankfurt, around 5207-4849 BC.

If they are right, their findings may help our understanding of early social unrest among the first Central European farmers of the Neolithic era.

It was "a time of profound change," the researchers say.

The site at Schöneck-Kilianstädten reveals a "new violence-related pattern: the intentional and systematic breaking of lower limbs."

At least 26 people at the site were tortured and systematically beaten before being thrown into a pit.

Most of the victims were men and children aged between 12 and 13 years.

The researchers found evidence of only two women, estimated to have been older than 40. It suggests any younger women - for example, mothers of the children - were abducted. 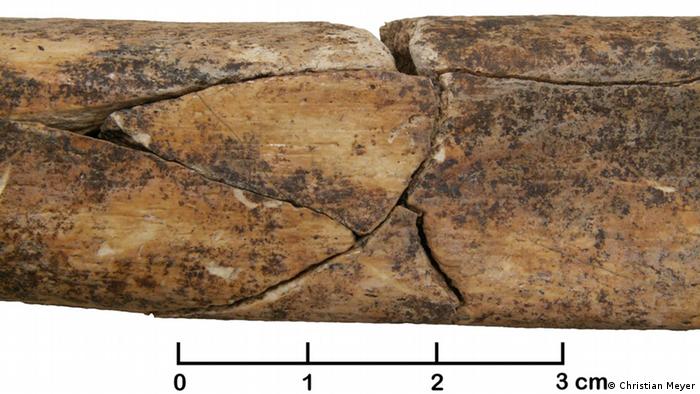 Their theory chimes with evidence found at two other Neolithic massacre sites: one at Talheim, Germany and the other at Asparn/Schletz, Austria.

"We think the whole community was more or less killed, with the possible exception of the younger females, who may have been captured and taken away for integration into the attackers' community," Meyer told DW.

As communities settled and became the first agriculturists, they fought for land and fought to strengthen their numbers.

"It's a standard practice - not restricted to this culture and this time. It has been happening all over the world, and happens today," says the lead author. "If you want to strengthen your own numbers, you don't need grown men who may be enemies, but you take the women who can grow your own community, because of their fertility."

Among the men and children in the mass grave, Meyer and the team found many damaged skulls, fractured calves and shins.

"We found a lot of cranial injuries - skulls had been hit with stone tools, which we think caused lethal damage."

The problem, however, was the condition of the skeletal remains.

"The bones were not terribly well preserved," says Meyer. 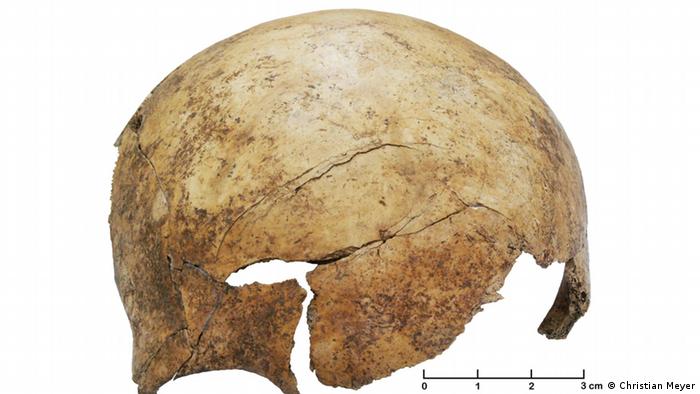 "There are some indications of arrow injuries, for instance, but we are not very sure - they could be [from arrows]," he says. "Parts of the bones were dissolved by the acidic soil of the region."

A trio of mass graves

Found in 2006 during road works, the Schöneck-Kilianstädten mass grave is the third known Early Neolithic massacre site in Central Europe.

Meyer says the three sites together prove that as early as 7000 years ago, acts of "collective violence" were common. This period also saw humans begin to settle, to build and to live off the land and witnessed the widespread flourishing of a form of pottery known as Linear Pottery culture.

The period's disappearance, write the researchers, "has been portrayed as a result of strife and social unrest, culminating in a far-reaching apocalyptic nightmare of violence, warfare and cannibalism. Although such a scenario appears somewhat exaggerated […] the dead from these events were either left unburied or thrown into a mass grave."

Three German Stone Age enthusiasts have set off on a two-week hike during which they will live and eat like our ancestors 7,000 years ago. The so-called "Ötzi Walkers" aim to inspire interest in the Neolithic era. (16.08.2015)

In the depths of Argentina's rainforest, archaeologists have discovered what they believe to be a Nazi hideout, built during the Second World War. But lack of evidence has historians questioning the authenticity. (23.03.2015)

The tomb of a previously unknown Egyptian queen has been discovered by Czech archaeologists. It is thought to belong to Khentkaus III, the wife of Pharaoh Neferefre who ruled 4,500 years ago. (05.01.2015)