Leaders of all German mainstream parties are meeting today to discuss the ramifications of early national elections this fall after the ruling Social Democrats suffered a blow in crucial state elections Sunday. 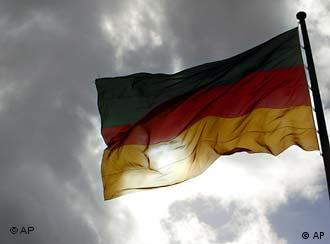 The conservative Christian Democratic Union (CDU) won about 45 percent of the votes in Germany's most popular state of North Rhine-Westphalia, with the Social Democrats (SPD) trailing behind with just 37.2 percent.

The defeat was the latest in a series of state election bungles for Schröder's SPD. But this historic win for the CDU was one blow too many for Chancellor Gerhard Schröder who sees himself deprived of enough political support for his reform drive. He is now calling for early elections, originally scheduled for 2006 to be brought forward to this autumn.

"I deem it necessary to seek majority support for continued social and economic reforms," the German chancellor said on Sunday evening. "I see it as my responsibility and duty to persuade the federal president to call early elections at the national level as quickly as possible, realistically by autumn 2005." 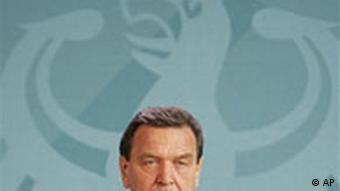 Schröder as he made the announcement on Sunday

The chancellor's announcement came as a surprise to both his friends and foes. And with voters still reeling from Schröder's much-loathed incisions into the generous state welfare system, this call for an early ballot is nothing short of a gamble for both the chancellor and his party.

Record high unemployment rates have gradually been eating away at voter confidence in the SPD-Green coalition. Dieter Wiefelspütz, the party's interior affairs spokesman, said that the chancellor has to find out as quickly as possible whether his reform course still has the backing of the population at national level. He added that calling for early elections is the logical consequence.

"I think this is an interesting move to avoid political stagnation in the country," he said. "I must say the announcement came as a big surprise to me. We'll have thrilling weeks and months ahead of us."

But under the German constitution, the chancellor cannot simply call fresh elections. Schröder will have to hold a vote of confidence in the national parliament and have his followers turn him down deliberately in order to pave the way for early elections.

The President, Horst Köhler then has 21 days to decide whether or not to dissolve parliament, but constitutional experts doubt the legality of this step.

Should his call for early elections, however, be heeded, Schröder would use the coming months to sharpen the profile of his party and convince the German people that the opposition Christian Democrats have even more painful reforms up their sleeves, and have no regard for workers' rights.

There is widespread agreement among Germans that early elections in May would help to get the country out of the doldrums.

Industry leaders emphasize that Germany cannot afford to continue doing nothing until the scheduled date for a national poll at the end of 2006.

If fresh elections are set for the autumn, Schröder will run as the SPD's candidate just weeks after having been given a vote of no confidence in the Bundestag.

At the moment, success at national level seems unlikely for the chancellor and his crew, which is lacking cohesion. For the opposition Christian Democrats, the task ahead is somewhat easier.

CDU leader Angela Merkel, who is likely to challenge Schröder in the general election in a bid to become Germany's first woman leader, described Sunday's North Rhine-Westphalia as a "sensational result."

"The voters... have shown hope in us and in the future state leader Jürgen Rüttgers because the problems are so great and they want us to shape a policy that will bring down unemployment," Merkel said.

She welcomed the possibility of an early election.

"Every day without the red-green coalition will be a good day for Germany," she said.

Exit polls in the North Rhine-Westphalia state election show that Gerhard Schröder's Social Democrats (SDP) have lost control of their stronghold state after 39 years. (May 22, 2005)

Schröder and Fischer to Run for Third Term

German Chancellor Gerhard Schröder says he’s going to run for third term in 2006 with Foreign Minister Joschka Fischer as his co-pilot. The decision ends speculation Fischer may be headed for Brussels. (Aug. 29, 2003)

Unemployment Crippling SPD Ahead of Poll