DW Director General Peter Limbourg sees many ways how the youth can change the continent for the better – African startups, African initiatives and African ideas. 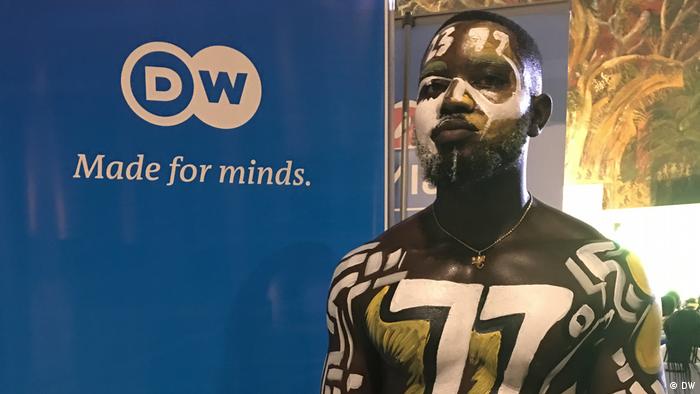 The77 Percent project youth debate in Ghana was the main event on the second stop of the three-nation West Africa trip by DW's director general that started in Togo and will conclude in Senegal.

Peter Limbourg was accompanied by the head of DW's Africa programs, Claus Staecker, the head of the Africa division of the DW Academy, Natascha Schwanke, the head of the distribution department for Africa, Sevan Ibrahim-Sauer, and DW Africalink radio show hosts Zipporah Nyambura and Eddy Micah Jr. 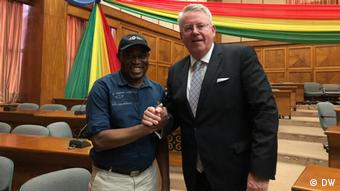 DW Director General Peter Limbourg arrived in Ghana from Togo, where he kicked off his West Africa trip

Power in the hands of 23 percent

They engaged the audience on the pros and cons of life as part of the 77 percent of Africans who are under the age of 35 but live by the leadership and resources in the hands of the remaining 23 percent.

"The 77 percent are the future of Africa,' Limbourg told the gathering. It is up to the youth to use their creativity and dedicated spirit to work for change in their countries and on the continent, whether it was to get rid of  corruption or work for a better environment, he added. "Sometimes they have to change it, even if the 23 percent doesn't like it." 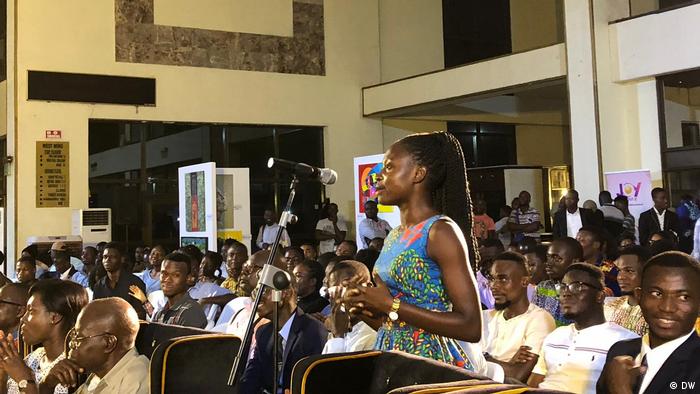 'Never heard of a big man going to jail'

Topics that came up in the debate included high youth unemployment, what it entails to start a business in a country like Ghana, as well as the political landscape in Africa, and Ghana in particular.

"We have so many resources in our country — we have oil, we have gold,we have manpower. Why are we poor?" one audience member asked. Another simply stated: "I don't hear anything of accountability in this country. I've never heard of a big man going to jail."

Panelist Patrick Stevenson cautioned the audience against leaving things up to the government. "Today, we are talking about participatory governments. However we have politicians who sit at the center and decide what we do - almost in our bedrooms at home."  He also focused on the role of social media in Africa: "How are we leveraging social media, for example, to collect ideas?" 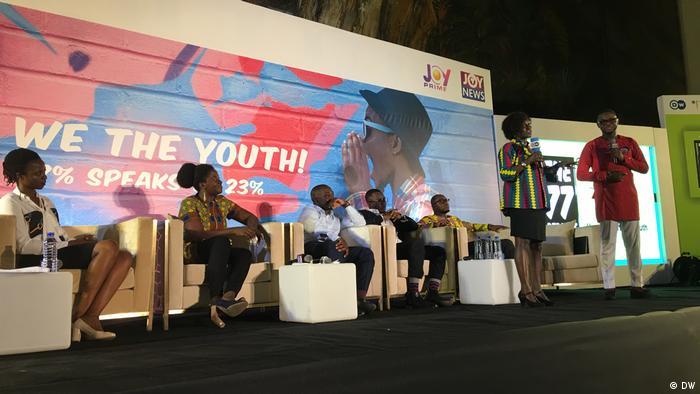 The Ghanaian panelists included an entrepreneur, an economic consultant and a a venture capitalist

Limbourg described Ghana as a great country with incredible achievements and noted that Germany in particular was interested in helping. "I think you know for yourself there are still some things that can be done even better. I'm not the one to give you advice, but when we talk about media it's very important that you have access to information."

Journalists in Ghana need access to information for the benefit of society, and their security is vital too, he said. The DW director general's comments came as the Ghanaian parliament continued to drag its feet on the passage of the Right to Information Bill that was first drafted in 1999.