The Dutch government is taking a stake in Dutch financial giant ING in exchange for a massive liquidity injection in one of Europe's major bank bailouts. 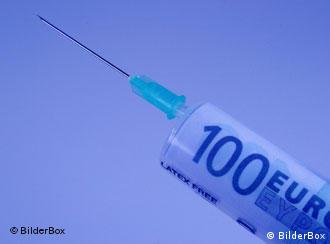 Bank and insurance company ING Group is to receive 10 billion euros ($13.4 billion) in government support, it was announced Sunday, Oct. 19.

The price of the securities was fixed to be the same as that of ING stock on Friday at closing time, at 7.33 euros. On top of receiving the securities -- expected to generate some 8.5 percent interest per year -- the government will appoint two members in ING's managing board.

ING emphasized that the securities are not part of ING's so-called core capital. Consequently, current ING share capital will not be watered down due to the government support.

The two government board members will have veto rights concerning all fundamental decisions and investments involving more than 25 percent of ING's equity.

However, in its statement to the press, the Dutch central bank (DNB) emphasized that the situation of ING should not be compared to that of former Belgian-Dutch bank and insurance giant Fortis.

ING is a "healthy, robust and well managed company," DNB said, adding that ING belongs to one of "the world's strongest banks."

Sunday's decision was expected after ING shares lost some 27 percent of their value at the Dutch stock exchange.

The dramatic drop was a response to the bank's announcement on Friday it had written off 500 million euros in the third quarter of 2008 from risky loans, following investments in the US worth some 1.6 billion euros.

The International Netherlands Group (ING) is a 1992 merger of several Dutch banks and insurance companies. Its original parent company was established in 1743.

ING is active in banking, insurance and asset management and has more than 75 million customers worldwide.

US President George W Bush and French President Nicolas Sarkozy said Saturday, Oct. 18 that emergency global summits on the finance crisis will be held -- the first taking place in the US before the end of November. (19.10.2008)

German banks said Sunday that they would discuss a new state rescue plan as it comes into effect, following a report the banks were considering making joint demands for aid. (19.10.2008)