The grand coalition wants to allow dual citizenship for people born in Germany. While Turks would be the main beneficiaries, Turkish groups, however, are disappointed and say the decision does not go far enough. 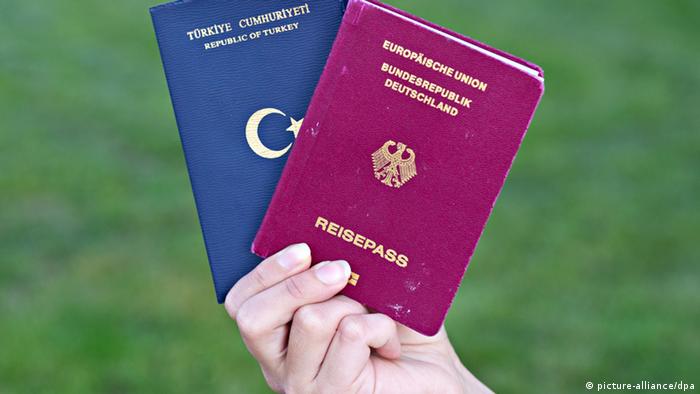 The coalition partners have broken new ground on the subject of dual citizenship. The coalition agreement between the Christian Democrats (CDU), their Bavarian sister party, the Christian Social Union (CSU), and the Social Democrats (SPD) would eliminate the "option model" for children of foreign parents.

The previous scheme provided that German-born children of foreign parents could hold German nationality and the nationality of their parents only up to their 23rd birthday, when they would have to choose one or the other. Whoever missed this deadline would automatically be expatriated.

There were exceptions, however. These included the children of EU citizens, who can have two nationalities. If the plan is accepted, it would mean all children born in Germany of foreign nationals could have two passports - permanently. 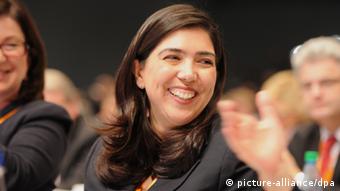 The new rules are a "sign of appreciation," says Aygül Özkan, a former social affiars minister

But there has been strong resistance to allowing dual citizenship, especially among the CDU and CSU.

"We discussed this very intensively, but ultimately we recognized that this decision is especially a problem for young migrants who were born here," former Lower Saxony Minister of Social Affairs Aygül Özkan, who is of Turkish extraction, said in an interview with DW.

The Christian Democratic politician sees the new rules as more welcoming : "It's a sign of appreciation for all those migrants who are very well integrated and committed to Germany."

The CDU/CSU rejected the SPD's original demand for general dual citizenship for all foreigners living permanently in Germany, regardless of whether they were born here.

But this is exactly the bone of contention of the Turkish Community in Germany (TGD). Kenan Kolat, chairman of the TGD , was severely disappointed, heaping most of his criticism on the SPD.

"It is impossible for us to accept this result. Before the coalition negotiations began, the SPD had announced that they absolutely would not sign the coalition agreement without general dual citizenship. But this hasn't happened." 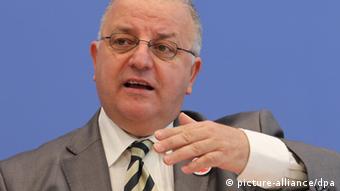 Kenan Kolat, chairman of a Turkish group, is disappointed with the coalition's compromise

While Kolat said he was pleased for the young people who would benefit from the new legislation, he saw the decision as a great injustice to the Turks in Germany.

SPD parliamentarian Mahmoud Özdemir rejected the criticism of his party: "Without the SPD taking a stand, the subject would immediately have fallen under the table. This is a decent result for a discussion that is far from over." In an interview with DW, he said the SPD would continue to stand up for dual citizenship.

Dual identity - or passport of convenience?

The SPD parliamentary integration commissioner Aydan Özoguz told DW, "We've been picking up signals of hostility to integration. However, I would have liked more and that's why in the future I will be promoting dual citizenship for all."

In the past, the Turkish population stood to benefit most from a change. With approximately three million people, they are the largest immigrant group in Germany. The majority of them were born here, but only half have a German passport because they did not want to give up their Turkish passport to get a German one.

This was one of the results of a study presented by the Essen Center for Turkish Studies in July. It found that more than 80 percent of Turks in Germany wanted to keep their Turkish nationality. Above all, they feared disadvantages if they later returned to Turkey.

The coalition agreement has been reached, but DW's Volker Wagener thinks there are too many compromises in it. What's more exciting are the alternatives to a grand coalition. (27.11.2013)

It took a long time, but the coalition agreement includes a bit of what all parties involved wanted. They can now all call the agreement their own, even if they have to admit some defeats. (27.11.2013)

Immigration carries a negative connotation in Germany. But it is about time for that to change, migration researchers say. They have proposed corralling immigration issues into a federal Ministry for Integration. (10.10.2013)