Something for everyone in coalition compromise | Germany| News and in-depth reporting from Berlin and beyond | DW | 27.11.2013

It took a long time, but the coalition agreement includes a bit of what all parties involved wanted. They can now all call the agreement their own, even if they have to admit some defeats. 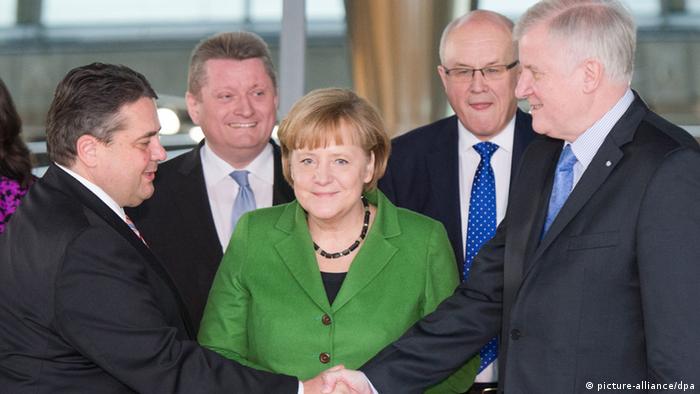 After weeks of negotiations, Chancellor Angela Merkel's alliance of the Christian Democratic Union (CDU) and its Bavarian sister party, the Christian Social Union (CSU), has reached agreement with the Social Democratic Party (SPD) on the future policies of a grand coalition government. All three parties say they have gotten what's important to them.

The SPD wanted above all a national minimum wage of 8.50 euros ($11.50) an hour, and that has been agreed upon. It will come into effect in January 2015, although unions and employers will be allowed to make agreements which include lower rates until the end of 2016. 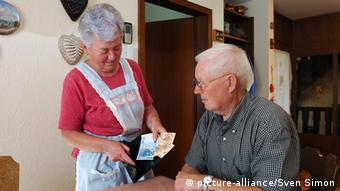 The two sides had different priorities on pension reform. They agree on the general increase in the standard pension age from 65 to 67, which is currently being introduced in stages, but the SPD has achieved a concession for those who have paid into the pension system for 45 years, who will now be able to draw a full pension from the age of 63.

The Christian Democrats have won an extension of the provision under which parents who take time off to bring up children are given pension credits. Until now, this only applied for children born after 1992 - in the future it will apply to those born before 1992 as well.

Another change will be the introduction of a "solidarity pension" in 2017 for those whose income was so low that their life-long contributions have resulted in a pension which is not enough to live on. The solidarity pension will guarantee them at least 850 euros a month.

The CSU made the introduction of freeway tolls for foreign-registered private vehicles into a precondition of its agreement. The coalition will draw up a law, but it will have to conform to EU regulations which do not allow different conditions for foreign and domestic vehicles. The CDU and the SPD were opposed to the idea, and they don't think that such a law is possible.

Currently, children born in Germany to foreign parents may receive both German citizenship and that of their parents on birth, but they must decide at 23 which one they want. The SPD has seen this as a hurdle towards the integration of Germany's large foreign population, and the need to choose is being abolished. However, the CSU, which was strongly opposed to the change, says this does not call into question the general ban on dual citizenship. 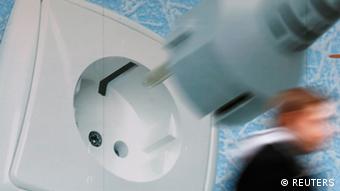 Both sides gave way on targets for renewable energy

It was agreed that renewable energy should make up between 55 and 60 percent of electricity supply by 2030. That was a bit more than the Christian Democrats wanted, and quite a bit less than the SPD was aiming at.

The parties agreed there should be no tax rises - a major requirement of the Christian Democrat side. But the plans involve increased spending of some 23 billion euros which will come from savings elsewhere. The parties also agreed there would be no new borrowing after 2015.

The agreement can only come into effect if SPD members agree, since the party leadership has given them the right to accept or reject it in a postal ballot, the results of which will be made known on December 14. Only after that will the names of future ministers be announced, although it's been agreed that the CDU will have five ministers plus the chancellor and the head of the chancellery, the SPD six ministers and the CSU three. If all goes well, Angela Merkel will be voted in as chancellor on December 17.

German foreign policy is largely determined by the chancellor, meaning that, even in a new coalition, it will be marked by continuity. The foreign minister will have to try to put his own stamp on the job. (26.11.2013)

Germany's next step on path to new government

For the first time in German history, party members are being allowed to vote on a coalition agreement. The SPD has asked its 473,000 members for their approval of a grand coalition. It's unclear how they'll vote. (27.11.2013)

Parliament-in-waiting as coalition talks inch on

The constituent assembly of Germany's Bundestag took place last month. But as coalition talks drag on and a new government has yet to be sworn in, sessions are, for the most part, on hold until next year. (21.11.2013)