After delivering supplies to the International Space Station, a cargo ship known as Dragon has returned to Earth following the first commercial supply run to the heavens. 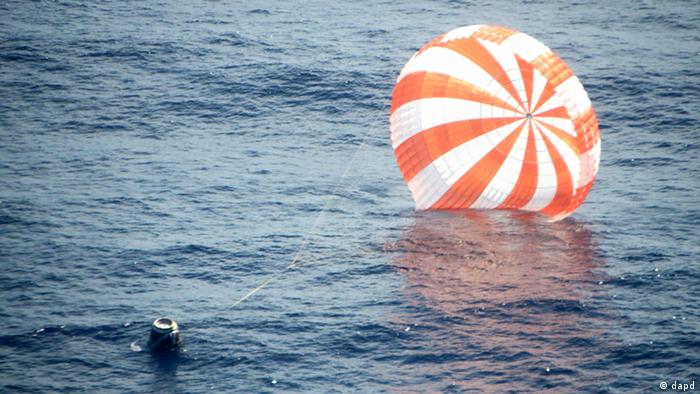 Sunday's splashdown in the Pacific Ocean marked the end of a trip that lasted just over three weeks for the Dragon capsule, which was launched October 7 by the Californian company SpaceX.

SpaceX was contracted by NASA to deliver supplies to astronauts. When Dragon returned to earth, it was carrying 1,673 pounds (759 kg) of equipment and science samples. That included frozen samples of the six astronauts' blood and urine which have been collected over the past year.

"It was nice while she was on board," station commander Sunita Williams said of Dragon in a radioed message to mission control in Houston. "Literally and figuratively, there is a piece of us on that spacecraft going home to Earth."

The US has retired its fleet of aircraft capable of trips into space, making Dragon the only vessel available for such missions. Until now European, Japanese, or Russian space agencies were in charge of making deliveries to the ISS, but those trips were one-way. NASA has contracted SpaceX to make 11 more deliveries in a deal worth over a billion dollars (euros). A trial run of Dragon was conducted in May, and the mission that ended Sunday was the first under the NASA contract.

SpaceX is expected to head again to the ISS in January. Another company contracted by NASA for supply missions, Orbital Sciences Corp., is scheduled to debut its Cygnus capsule in February or March.