Florin Popescu comes from the USA. As an engineer and brain researcher, he is working at the Fraunhofer Institute for Computer Architecture and Software Technology FIRST in Berlin. 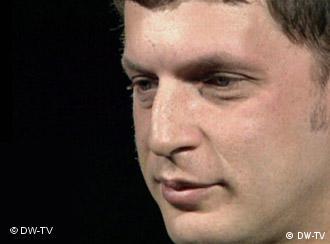 There, as a postdoc, he's doing research on theoretical questions about machine learning.

Seen very practically, his work might one day help people who are paralysed from the neck down, because of a disease for example. These so-called Tetraplegics have no voluntary control below the neck level. Which means that outside of speech, eye movements and their normal brain activity, there would be no way for them to control a prosthesis, even if they had one.

Together with his team, Florin Popescu is developing a solution for them: an interface between a brain and a computer. When the patients think about moving their hand, electrodes detect the brain signals and send them to a computer. And the computer controls a robot which enables the patients to move again and to manipulate objects.

For his work, Florin Popescu has received the Marie Curie Fellowship awarded by the European Union. 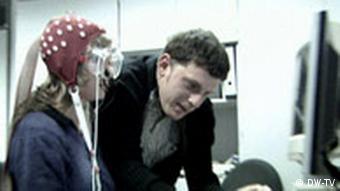 Sorry, but this idea sounds a little bit like science fiction, doesn't it?
Indeed! The project is very science fiction-like. And this research is really necessary, because there are lots of patients who need this - we are talking about more than 500.000 people in North America and Europe. It's affordable, and it can be done now - rather than research that focuses on eventual solutions 10 or 20 years from now.

Are you working to a time scale?
We hope that in a few short years, this won't just be a laboratory tool or a science fiction demonstration, but something that people actually take home and use. Our work does not motivate us just because it is challenging, nor because we're dealing with the forefront of technology. It also challenges us because it has an immediate practical use and an could affect the everyday life of lots of people.

And robots will play an important role?
I believe that the methods I'm using will bring forward advances in things like data analysis, robotics, understanding of the brain, which would otherwise be slower. And yes, Robots will actually help not only disabled people, but regular human beings to cut down on manual labour. That's what they are for.

We would like to know something about the scientist behind this research. Please tell us a little bit about your background.
I studied aeronautical engineering for my normal 4 year degree in US, after mechanical engineering, with a specialisation in neurophysiology. I did my Phd-Training in a hospital called the Rehabilitation Institute of Chicago, in which engineering is fused together with physiology and orthopedics in order to rehabilitate people with severe physical disabilities.

When I was doing my PhD-Work, I was working on a sort of a basic scientific explanation of how people move their arms - which was fun. However, the body and the brain is a very complex system, and I could have spent many years doing basic research. But I was motivated by doing something that was practical and which helped people now. 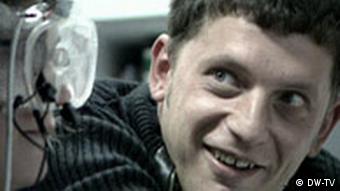 Is it correct to say, that neurophysiology and brain research need a broad spectrum of specialists - as we see from your experience?
This type of research requires by its very nature an interdisciplinary approach, and a rather long preparation, which is not possible within the normal confines of a standard academic education.

My engineering background gave me a foot in the door, so to speak, in the laboratories that do this work. They are normally headed by doctors, and they need engineering expertise. That means that you can also receive training from these doctors and from physiologists in biological sciences.

We maintain informal contacts with people with physical disabilities, who are paralysed, who also happen to be researchers. And they are of course a great help, and we hope that our collaboration cannot only help them personally, but the patients set that they are interested in.

Why does a scientist from the US move to Germany?
I was actually born in Europe. When I was 10 years old, I emigrated along with my family to America, where I obtained my education, where I worked and where I could have stayed, the infrastructure for research being much friendlier there. However, for mainly cultural reasons, I wanted to come back to Europe.

That was a somewhat difficult and challenging step. From the point-of-view of research, there is a better infrastructure that helps young scientists to develop their careers in the United States. There are a lot more funds available and there are far more positions in universities -which are always looking to hire young people. In fact, many European scientists go there to pursue their careers.

Surprisingly enough, people have the idea that Germany lacks the infrastructrure that helps young scientists. Well, this is true of Europe in general. But in Germany, and especially here in Berlin with 4 major universities and with lots of private laboratories like Fraunhofer, there is a surprisingly good infrastructure for people to stay and develop their careers.

Have you told your American colleagues this?
Of course I am still in contactwith many of my fellow doctoral students who are now young professors or heads of small laboratories in the United States. I would say that American scientists are quite ignorant of the possibilities available in Germany - partly because the situation in each country in Europe is so different. The situation varies greatly from Germany to France, to Italy, to Spain.

When I left to come to Europe, everybody basically told me that I was crazy, that I was going to ruin my career. However, I have been able to obtain the funds necessary to do the work, and to work on projects which are very interesting, maybe in a way in which I would not have been able to do iso n the United States. 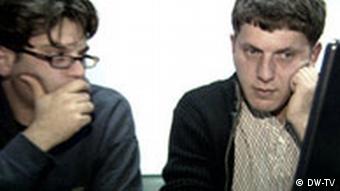 Was it difficult to integrate in a foreign culture?
Before coming to Germany, I had already worked as a scientist in Italy for 4 years. My research has been mainly funded by the European Community, the Marie Curie Program. That involves mobility, and that involves moving to different countries and starting a new life for a few years. So by the time when I came to Germany, I was already used to it. And I must say, that my experience here in Berlin and in Germany has been positive, and it was relatively easy to integrate.

So what are the Germans like?
I can't say that German people are the friendliest or necessarily the happiest people that I have been involved with. However, it would be an exaggeration to say that they are unfriendly, that the authorities were less than professional and helpful in their attitude. My experience has been a very positive one. I would say that so far, I've had no problems apart, of course, from trying to figure out the meanderings of the German bureaucracy.

There are lots of rules, but at least in Germany they are quite clear, and if you go about them the right way, you won't have problems. But you need to ask for help from someone who knows. I expected problems, I was sure I'd have them, but in the end I didn't have any at all.

Finding a place to live in Berlin, even though people say that it is 10 percent disoccupied, is actually quite challenging. One must spend a lot of energy doing it. However, in the end was lucky - a colleague of mine left to go to Scotland and left me his beautiful appartment. 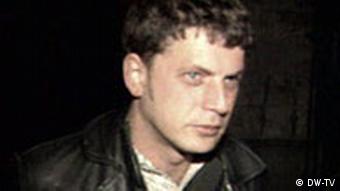 Do you have any time left for hobbies?
I work most of the day. But in the hours that are left, there's plenty to do in a place like Berlin. I am relatively young, and Berlin is a place made for young people that come from other parts of Germany and other parts of Europe, although not usually to do science like me.

Going out is fun and is easy. There is a good public transportation system. And for someone who can afford to spend at least ten Euros a night, Berlin offers lots and lots of opportunities.

I enjoy music, electronic, popular, pretty much all types in fact, except German music perhaps! I've lived in different countries, and it always takes me a while to assimilate the parts of any culture, which are "harder to digest". But I lived in America for 20 years, and I learned to like country music. So you never know!

Besides that, I have a second amateur career as a journalist. I write articles of a rather general, cultural and political nature.

No science articles?
I believe that science journalism is best left to the professionals, however cultural reporting is something that amateurs can do just as well.

All in all: How is life in Germany?
When I came to Germany, my first impression was: Oh my God, it's cold and rainy. But then 6 months later, summer arrived, and I found it a very happy and very nice place to live.

What I like most in Germany is the directness - and a sense of responsibility, something which is surprisingly lacking in the world in general.

I have been in Berlin for several months now. And all I can say is, that after having taken a short trip to Italy, coming back to Tegel, I felt that I was home.

The project here will last for 3 and a half years. Afterwards I am open to other possibilities. However, there's a possibility that I could get a permanent position here in one of the universities around Berlin. I could even envisage staying here for the rest of my life.