The health minister of the Democratic Republic of Congo says his country is free of Ebola. Congo's three-month outbreak killed nearly 50 people. The viral strain involved was different the one ravaging West Africa. 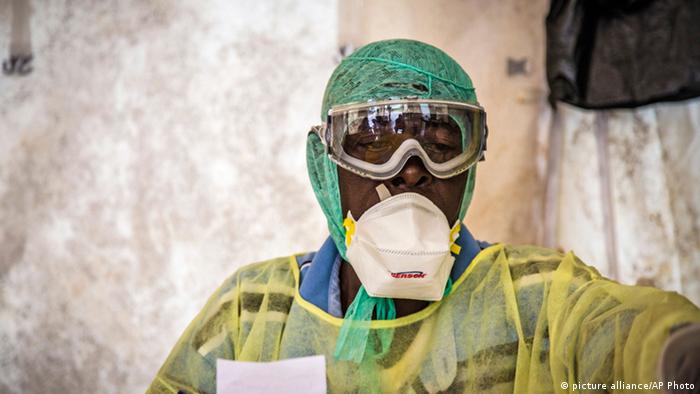 The Democratic Republic of Congo (DRC) declared itself free of Ebola on Saturday after a three-month outbreak of the viral disease claimed the lives of 49 people.

He warned, however, that "the end of the epidemic … does not mean we are completely out of danger."

"Like every other nation, the Democratic Republic of Congo remains threatened by the possible import of the Ebola virus disease raging in West Africa," he added.

The outbreak raging in western Africa stems from the Zaire strain, the deadliest of the five known viral versions, which leaves body organs bleeding.

Zaire, now known as DRC, was where the world's first known Ebola outbreak occurred in 1976. The disease takes its name from the DRC's Ebola River.

The West Africa epidemic has killed over 5,000 people, according to figures released by the World Health Organization (WHO) on Friday.

On Thursday, Liberia's President Ellen Johnson Sirleaf ended a state of emergency - a sign that the situation could be improving in one of the countries hardest hit by the viral strain.

"I have informed the leadership of the national legislature that I will not seek an extension of the state of emergency," Sirleaf announced.

He said authorities and officials were now able to "sustain our fight against the virus" without the additional emergency measures, imposed in early August.

"The fight against Ebola is [not] over," Sirleaf emphasized.

Sierra Leone Ebola doctor awaits OK to travel to US

A Sierra Leone surgeon with Ebola is awaiting clearance to fly to the US for treatment. The outbreak has killed more than 5,100 people and infected nearly 15,000 in total, almost all in Liberia, Sierra Leone and Guinea. (14.11.2014)