DR Congo: At least 20 killed in raid on village

It was the second mass killing in a week to hit the Democratic Republic of Congo, with local officials blaming the ADF militia group for the attack. 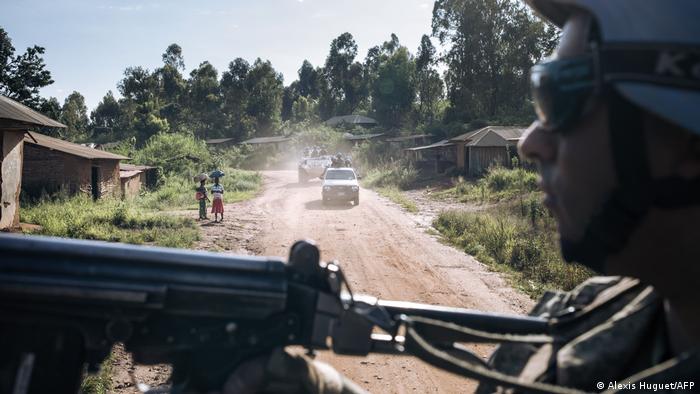 Local authorities said at least 22 civilians were killed in an overnight raid in the Mwenda village in eastern Democratic Republic of Congo on Monday.

The militia group has been held responsible for multiple killings in the past year.

The United Nations Organization Stabilization Mission in the Democratic Republic of the Congo (MONUSCO) estimated the death toll at at least 21.

It was the second mass killing in a week to hit the Democratic Republic of Congo. On New Year's Eve, an estimated 25 civilians were killed in the village of Tingwe.

"Now we live in total fear, with no certainty about the future," he said.

Donat Kibwana, administrator of the territory of Beni, said ten of the 22 killed had been women.

"Ten other people have been injured, and others are unaccounted for. The army intervened after the crime was committed," Kibwana told news agency AFP.

He also said that nine more were found murdered in another village in the area, in a similar attack by suspected ADF militants.

In 2019 and 2020, more than a 1000 civilians had been killed in attacks by the ADF, despite repeated interventions by UN peacekeeping forces.

The ADF originated in the 1990s, as a Ugandan Muslim rebel militia group. It is now one of the dozens of groups that functions in the eastern parts of DR Congo.

Roger Lumbala has been accused of "complicity in crimes against humanity" for his actions during the civil war in the Democratic Republic of Congo in 2002.