Doubts over Mali military mission | News and current affairs from Germany and around the world | DW | 10.12.2012

West African States are keen to liberate northern Mali from the grip of Islamists. France has voiced support for military intervention, but there are doubts about the depth of commitment from the UN and US. 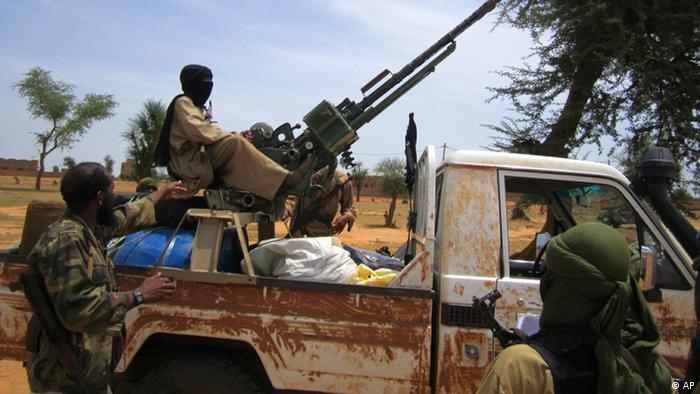 The mission already has a name AFISMA, which is an acronym for "African-Led International Support Mission". But is still unclear when, or even if, AFISMA will actually be launched. The United Nations is still skeptical about the efficacy of military intervention by African states in northern Mali.

UN Secretary General, Ba Ki Moon, speaking at the start of the world climate change conference in Dakar stressed political dialogue was the first priority in Mali. Yet In a recommendation to the UN Security Council he had spoken out in favor of the creation of AFISMA. 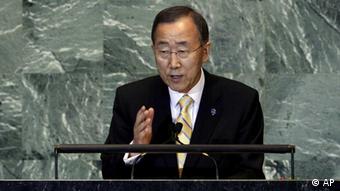 However, he also advised the council against funding such an undertaking. But without financial assistance from the West, Mali's neighbors won't be able to get AFISMA off the ground. The military intervention could cost up to 500 million euros ($647 million).

Heavy weapons from the north

In June, the West African Economic Community (ECOWAS) offered to contribute 3300 soldiers to a force that would invade northern Mali and drive out the Islamist rebels. The Islamists, under the leadership of various terrorist groups, siezed approximately two thirds of Mali in April. They expelled the Malian army and attacked and defeated the Tuareg separatist rebels, whom they had previously supported. Now the Islamists want to establish a strict Islamic state, chopping off the hands of alleged thieves and stoning whomever they suspect of adultery. 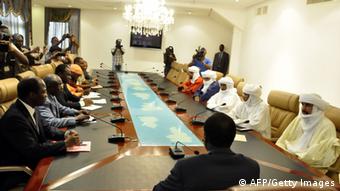 More than 400,000 people have fled Islamist-occupied territory. In the Malian capital Bamako refugees from the north have joined protests calling for international assistance to fight against the islamists. But the armies of ECOWAS countries are considered to be weak and the Islamists to be well armed, having been able to procure heavy weapons and smuggle them into northern Mali during the turmoil of the Libyan war.

Marco Wyss, security expert at the Swiss Federal Institute of Technology in Zurich told DW that planning a military operation in northern Mali would be difficult simply because of its vast size."Moreover, the military equipment of the ECOWAS countries, and also the equipment that they would receive from the West, would not be suitable for all weather conditions," said Wyss. 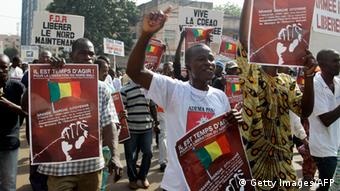 Aside from any possible meteorological worries, the political climate has also changed. Two of the four rebel groups that controlled the north of Mali are now negotiating directly with the Malian government. In early December, first representatives of the Ansar Dine ("Defenders of the faith") and the Tuareg rebels of the MNLA ("National Movemnet for the Liberation of Azawad") started meeting with the government officials from Bamako for talks in Ouagadougou, the capital of neighbouring Burkina Faso.

Wener Nowak is a West African expert with the Friedrich Naumann Foundation, a German think-tank. He says the Malian government has already managed to drive a wedge between the various rebel groups and weaken them. "The Tuareg groups at least are already softening their demands," he told DW. That is why the international community is delaying AFISMA and waiting to see how the peace talks proceed. UN Secretary General Ban Ki Moon is concerned that a decision for AFISMA might otherwise derail a prospective peaceful settlement.

The West African Economic Community ECOWAS, meanwhile, is putting on the pressure rather than seeking to ease it. 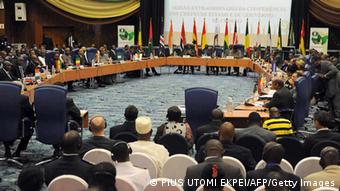 A military operation was essential and must take place soon, according to Alassane Ouattara, president of Ivory Coast, speaking after a state visit to Paris in early December. French radio station Europe 1 quoted Ouattara, the current ECOWAS Chairman, as saying that the intervention could start in the middle of next year. However, a UN Security Council resolution support the deployment would need to be approved beforehand. The African Union (AU), which is also involved in the planning of the intervention, has made a similar request.

Why does the assessment of the situation by ECOWAS and the AU differ from that of the United Nations? "The African alliances would now like to show what they can accomplish," says Wyss. In the violent aftermath of the Ivory Coast elections in 2011, both alliances failed to take action in time. Eventually France and the UN sent in troops. 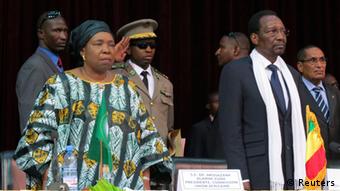 There is even rivalry between the AU and ECOWAS over who should lead AFISMA. "And that's why both are planning and making positive assumptions," says Wyss.

France is the only country in the West that is strongly in favor of a military mission. The French foreign ministry says an appropriate resolution will be submitted to the UN Security Council before the end of the year.

It is not just the UN and the US that have doubts about the mission. Mali's northern neighbors, Algeria and Chad, are also skeptical. They fear that the conflict could spill over their borders if AFISMA were to march into northern Mali.

The international community is meeting in Bamako to discuss intervention in Mali. Chad could play a crucial role but human rights activists are calling for an evaluation of President Idriss Deby’s regime. (02.11.2012)

ECOWAS has endorsed a military intervention plan for northern Mali. But the roles of the 15 member states are unclear. Nigeria's presence is needed, but it has serious security problems itself. (15.11.2012)

European foreign ministers have been discussing military intervention against Islamists in northern Mali. But religious extremism is just one of several problems in the country. (19.11.2012)