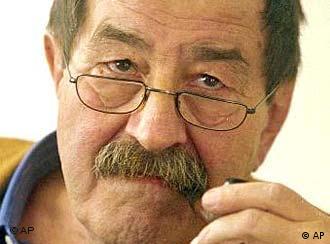 Germany's Nobel prize winning author Günter Grass is facing a backlash from contemporaries and commentators after he admitted that he served in Nazi Germany's notorious Waffen SS elite force during World War II.

DW-WORLD.DE follows the discussion surrounding the 78-year-old and offers commentaries on the writer's revelations.

German writer Günter Grass again defended his long silence on his service in Adolf Hitler's Waffen SS in a televised interview. His confession has piqued interest in his autobiography, on sale earlier than planned. (Aug. 17, 2006)

"I Don't Hold Onto Ideological Distortions"

DW-WORLD.DE spoke to German novelist and Nobel Prize winner Günter Grass about International PEN, Germany, the role of the writer in contemporary society and a world without peace. (May 30, 2005)

Germany's best known contemporary author Günter Grass has come under attack after revealing he was drafted into the Waffe SS during World War II. (Agu. 14, 2006)