A French study has revealed a major loophole in the fight against doping. Under medical supervision, athletes were able to take minimal amounts of performance-enhancing substances - without testing positive. 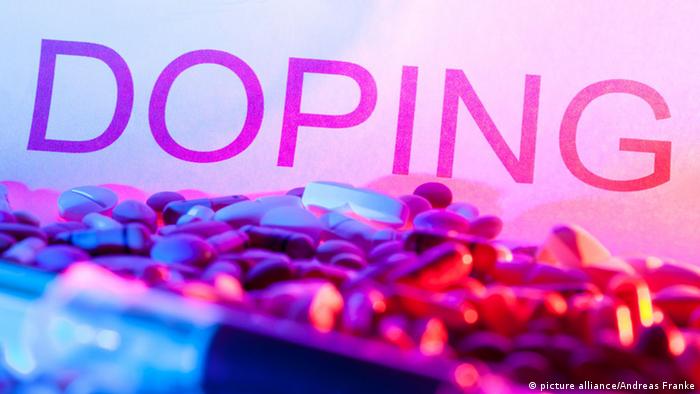 How effective are worldwide doping tests? Hardly at all is the answer according to a French study. So -called "microdosing" is highly effective and hardly traceable.

In the study released by television channel France 2, eight endurance athletes were injected - under strict medical supervision - with autologous blood, EPO, growth hormones and corticosteroids in miniature amounts. The microdoses left no trace in the tests.

The increase in performance was enormous. One of the athletes ran 24 kilometers every day and improved on his personal best during the test period by ten minutes. During the 29 days of testing, the greatest improvement for the indoor 3,000 meters was an epic 31 seconds. 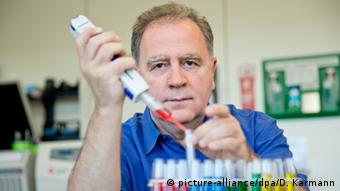 Hardly any tests in the night

"This increase in performance is surprising," said Nuremberg pharmacologist and doping expert Fritz Sörgel. "Microdosing has an enormous effect, the extent of which wasn't clear before. You have to assume that it's done this way."

At most doping in microdoses is only traceable for a few hours. If forbidden substances are taken at night, then a doped athlete can almost be certain he won't be found out. Tests between 11pm and 6am are possible, but in practice, hardly ever occur.. The World Anti-Doping Agency (WADA) only mandates testing during those hours if specially justified."

WADA granted permission for the controversial series of tests. It took 18 months for the team working on the study to collect all the relevant permissions. According to France 2, none of the athletes were "tested positive at any time" during the study.

Germany's National Anti-Doping Agency Germany (NADA) has proposed a more detailed study of the results, referring to "criminal energy" that is required for this style of doping because microdosing demands a "certain know-how" and "professional guidance."

With a curious sense of logic, NADA added: "This style of micro-dose doping shows that the test system is better at filtering - the higher the dosage, the greater the risk of being caught for the doper."

But for years, the number of doped athletes caught by NADA has been declining. In 2013, only three out of 8106 tested athletes were positive for doping. In response, NADA is now calling for a "reasonable" amount of nighttime tests. 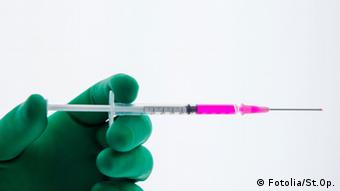 How many modern sportsmen and women haven't had the needle?

The athletes who were tested in Paris stated that alongside the increased performance they also felt a greater sense of well-being.

"One athlete claimed that at five o'clock every morning he would sit up in bed in perfect condition," said Sörgel. "In that sense, the study also applies to the ordinary person's day - which is also problematic...We've got to say, Wake people up in the middle of the night!"

Werner Franke, a doping expert from Heidelberg, isn't surprised by the study.

"By using this method, you can evade positive tests," said Franke "It's child's play. I've said it for years."

Yet he does see a chance for the anti-doping campaign.

"People who dope using microdoses are effectively always under the influence of drugs at the night," said Franke. "One test annually in the middle of the night could be enough. As long as night-time tests are taboo, we're wasting our time."

Beyond big muscles: To dope or not to dope?

To get a grip on the whole bodybuilding issue, Life Links spoke to Eric Helms - researcher and bodybuilder himself - on what can be achieved naturally and why some might choose to dope. (20.03.2015)

Mere milliseconds in sport can mean the difference between victory or defeat. But while new records are unlikely, the desire to win burns strong. You will have to push your physical boundaries - but with drugs? Really? (20.03.2015)