Doping in football: A taboo subject

For a long time, doping in football was considered a taboo subject. The revelations of recent days have changed that, with German football having its own questions to answer. 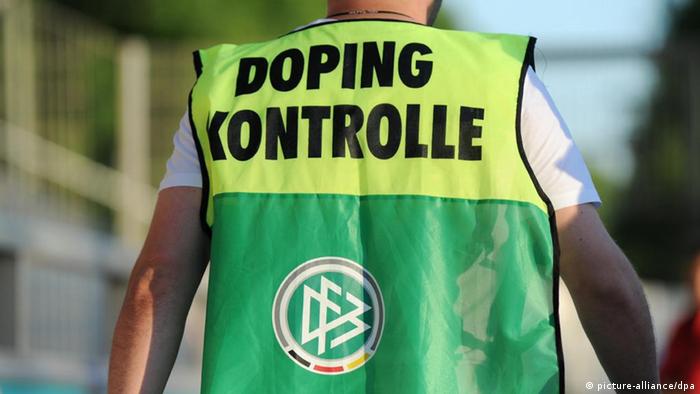 Times have changed, following the latest revelations on systemic doping in German sports: When national football team coach Joachim Löw fronted a press conference recently he was asked about his stance on doping in soccer.

"We all want a clean sport, including us at the DFB [German Football Association]," said Löw, who recalled his players had been summoned at 05:30 in training camps for testing. "And I'm completely in favor of that; of a return to a continuous and thorough testing process," he quickly added.

Löw employed strong words to describe the actions of his employer against doping. He praised the work of his organization, although the DFB had, prior to now, shown little interest in seriously investigating doping allegations from generations past.

Seven years ago, sports historian Erik Eggers published a paper on the 'heroes of Bern'. For years, he had investigated the Germany team in 1954. His conclusion: Many players in the World Cup-winning had received injections, most likely with Pervitin. It was the same stimulant administered to fatiguing soldiers and airmen in World War II.

Were the 'heroes of Bern' in 1954 doped? Eggers researched further. While working on the contentious report "Doping in Germany from 1950 to today", he discovered correspondence between world football governing body FIFA and the German Athletics Federation (DLV) in 1966. With the doping tests introduced at the 1966 World Cup in England, three members of the Germany squad had tested positive to traces of ephedrine, FIFA said. Taking ephedrine was banned, but it did not lead to sanctions. 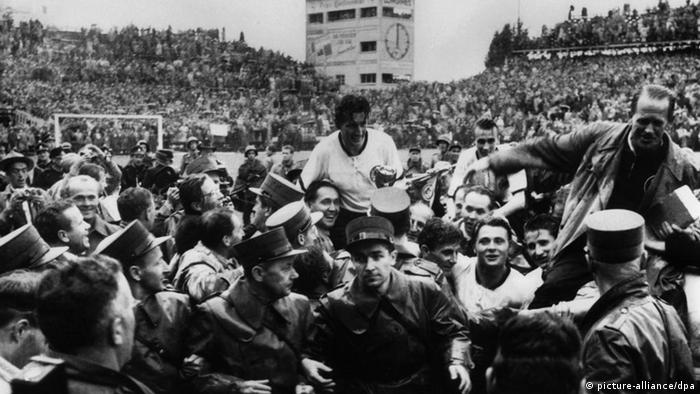 The DFB responded by commissioning Germany Sports University professor Martin Nolte as an expert. Nolte confirmed a breach of the doping rules. His full findings, however, have not been published by the DFB, which has infuriated Eggers.

"Delivering simple statements that any expert could have come up with is not enough," Eggers said in an interview with DW. He believes the documents could help in the fight against doping. But the DFB restricted access to their archives and applied strict conditions for their release, rejecting attempts by Eggers and his research team to see the documents. 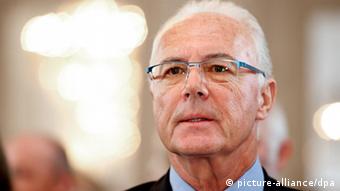 A 20-year-old Franz Beckenbauer stepped on to football's biggest stage at the 1966 World Cup. He has addressed doping allegations from his World Cup debut: "I was there. You did not know what doping was. You didn't even know what the word meant..." Beckenbauer was subject to at least one doping test during the tournament. Magazine Der Spiegel reported on July 18, 1966 that Beckenbauer and Siegfried Held were subject to urine tests after the first game of the tournament. 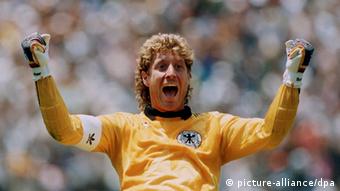 Toni Schumacher's book took a toll on his career

Doping tests were introduced to international football in 1966. In German football, however, officials declined to follow suit. "There are [German Sports Confederation] documents showing that former DFB general secretary [Hans Passlack] in 1979 … simply stated that they would not abide by its conditions when it came to doping," Eggers said.

Harald 'Toni' Schumacher's revelatory book "Beginning" was the turning point for doping. His insights into the team's medicinal approach at the 1986 World Cup made headlines. The goalkeeper's claims cost him his place with the national team and eventually led to his departure from club FC Cologne.

In 1988 - after years of refusing to adhere to the anti-doping rules of the International Olympic Committee - the DFB finally bowed to public pressure and introduced testing. The DFB granted the National Anti-Doping Agency (NADA) control over the blood tests of players. This ensured the potential detection of growth hormones and blood doping, with neither evident via urine sample.

How seriously the anti-doping fight was considered remains to be seen, as demonstrated in a scene from Sönke Wortmann's award-winning film about the 2006 World Cup, "Germany: A summer fairy tale".

After Germany's last group match, Oliver Neuville was approached by doping control. A chaperone wanted to accompany Neuville to the toilet, but the player protested: "When there is someone there, I can't go," the forward said. The doping control agent allowed Neuville to fill the beaker behind a half-open door. It would have afforded Neuville plenty of opportunitiy to manipulate his urine.

Even despite the incomplete control mechanisms, 20 cases of doping have been recorded since testing was introduced. The doping history of world football is anything but pure. In April 2013, accused doping doctor Eufemiano Fuentes told a Spanish court he had "cared for many areas of sports; football, boxing, track and field athletes". 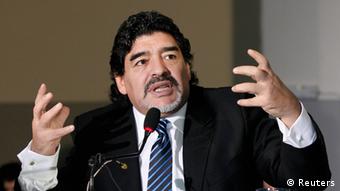 At the 1994 World Cup, Argentine superstar Diego Maradona tested positive to, among other things, ephedrine, and was duly banished from the tournament.

Two years later, Juventus won the Champions League amid doping allegations from Italian authorities. The allegations were detailed in a 40,000-page document produced by prosecutors. In it appears the name of three-time world footballer of the year Zinedine Zidane, in connection with the blood doping agent EPO. Then-teammate and countryman Didier Deschamps has fronted the French Senate on doping allegations within the France national team, who he led as captain in the 1998 World Cup.

The list of potential doping offenses is long, but indicates the issue firmly belongs in the billion-dollar business of football.

Bundesliga to use anti-doping blood tests on soccer players

Further anti-doping measures should be introduced to Bundesliga soccer in Germany during the coming season. Earlier in the week, a study pointed to government-sanctioned doping by athletes in the former West Germany. (07.08.2013)

A report on doping in the former West Germany has been published after details emerged that the practise was widespread and covered up for decades. The document indicates that there had been collusion at a high level. (05.08.2013)