Doing Your Bit: A French engineer has created a biodegradable plastic

Plastic pollution has become a major problem for the planet. One French entrepreneur is trying to fight the scourge with a 100 percent biodegradable water bottle. 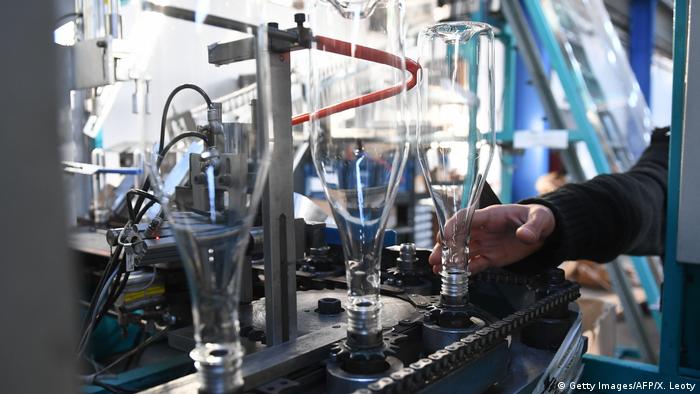 Use of plastic bottles is surging worldwide with a million being bought every minute. Even in Germany, which has a reputation for being an environmentally-aware nation of recyclers, more and more people are reaching for single-use bottles.

Producing the bottles consumes vast amounts of resources. In Germany, their manufacture requires 665,000 tons of crude oil and 11 billion kilowatt hours of electricity — ultimately spewing out 1.25 million tons of CO2 annually, according to environmental organization, DUH.

Most plastic bottles — even single-use — are recyclable. Still, most countries either lack waste infrastructure or cannot keep up with the sheer amount being produced. Instead, the plastic ends up on beaches and in the sea, where it accumulates because it doesn't biodegrade in nature. As a result, it poses a danger to marine life and can even enter our food via fish and other animals that ingest it.

French entrepreneur and packaging designer Nicolas Moufflet wanted to tackle this problem. After years of creating bottles for major companies, he turned his hand to developing the "Vegan Bottle." In contrast, to plastics based on petrochemicals, the bottle is 100 percent biodegradable, according to the company. 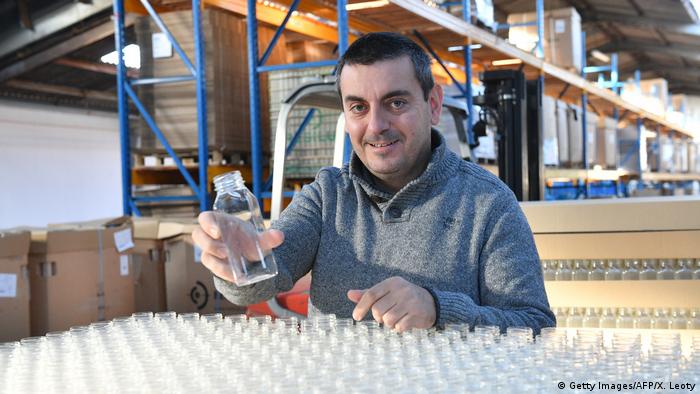 "The goal was to place water in a biodegradable bottle," William Coquerel, who is charge of sales at Lyspackaging, the company behind the bottle, told DW. "Nobody wanted to develop the idea, so Nicolas decided to develop it."

Made from sugarcane — which the company says does not require much water or intrude on farmland — the bottles have been on sale for about 1.5 years. They're mainly used by juice bars and for other perishable items, such as herbs and cosmetics.

"We want to avoid anything with a long shelf life. Once it (the bioplastic) comes into contact with nature it degrades quickly — within one to two years," said Coquerel.

Right now, the company is working on distinguishing its product from other non-biodegradable competitors. As the bottle is transparent, many customers don't know it's different from regular plastic, said Coquerel. For instance, the company is using olive seeds ground into powder to give its bottles color and texture. 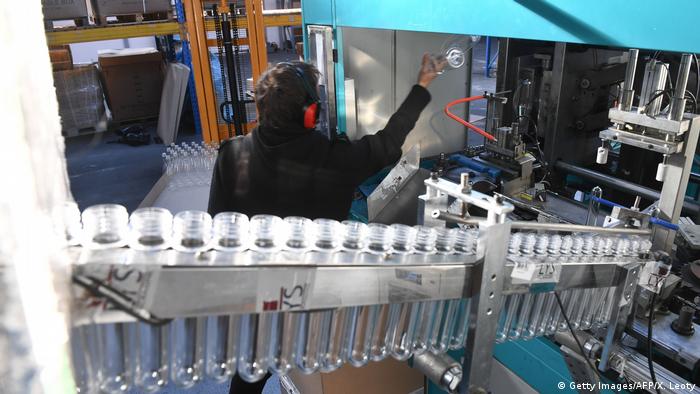 Lyspackaging's bioplastic is 100 percent plant-based and biodegradable, says the company

Lyspackaging plans to produce 700,000 biodegradable bottles by the end of 2017. But according to Coquerel, they want to expand their bioplastic for use with other products, particularly as France is trying to cut back on plastic waste.

In 2016, the country announced it would ban the sale of plastic disposable dishes and cutlery in favor of compostable alternatives made primarily from biologically-sourced materials such as textiles and cornstarch.