Economic researchers say official statistics understate Portugal's unemployment rates by reclassifying people who don't have jobs as something other than "unemployed." Jochen Faget reports from Lisbon. 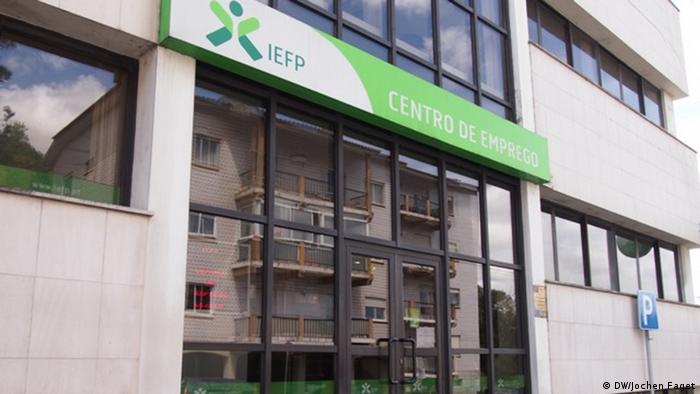 Until recently, Portugal's prime minister, Pedro Passos Coelho, had a reason to feel cheerful at the beginning of each month. That's when the national statistics institute reports unemployment rate numbers. Month after month, the unemployment rate sank, which the right-wing governing parties, the PSD and CDS, naturally celebrated as proof of the effectiveness of their economic policies.

The crisis was over and everything was improving, according to the prime minister. Only, well, perhaps not. For the past two months, the unemployment rate has been rising again. It has gone back over 14 percent. The statistics agency has warned that unemployment, in an "extended sense," is actually around 22 percent in Portugal.

"Statistical criteria are always debatable," according to economist José Maria Castro Caldas, who works at CES, a respected center for social studies at the University of Coimbra. "They're just conventions, the change over time. As far as the unemployment figures are concerned, there are differences of opinion," he said.

Since 2011, the statistical agencies of the European Union have not been allowed to count unemployed people in training programs or government funded job schemes as unemployed. And since 2011, Portugal's agencies have practiced the arcane art of juggling employment statistics to make things look better than they really are. 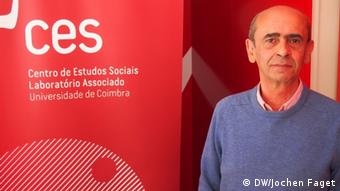 The art of cosmetics applied to statistics

"The number of those who have made use of employment agency job creation programs has risen enormously since 2013," said Castro Caldas. At the end of 2014, this allowed 170,000 people to disappear from the unemployment statistics. If they were included, that would add 3 to 6 percent to the figure.

But what's worse, in his view, is that the schemes sometimes also destroy jobs: if people on temporary job schemes clean government offices, agencies no longer hire full-time cleaning staff.

The researchers at CES have been looking at unemployment figures with skepticism for some time, and repeatedly pointed out inconsistencies.

"Unemployment figures can really only decline in an economy that's growing," Castro Caldas said. "So it seems very odd that the official unemployment rate in Portugal sank whilst the economy stagnated."

That, he said, was only possible through dodgy data classification - neither the 300,000 mostly young, well-educated people who left Portugal for other countries during the crisis years were counted in the official unemployment numbers - nor were people who have given up looking for work.

The latter, who are officially called the "discouraged unemployed," are only counted as "inactive," and not unemployed. The same is true of part-time or occasional workers who want to work full-time. 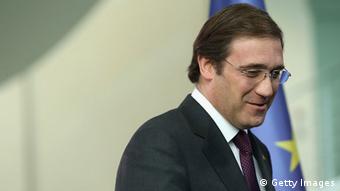 "The official statistics don't accurately portray the reality in Portugal," Castro Caldas summarized. "It's like the economic crisis precipitated a crisis in employment statistics."

Many of the measures that the government has taken weren't aimed at reducing unemployment so much as improving official employment statistics, Castro Caldas said.

Companies were in some cases given grants in order to "employ" unemployed people on an unpaid basis. The unemployed were required to take on these often pointless jobs because they would otherwise lose their welfare payments. "That's perverse," Castro Caldo said.

Portugal has also taken other measures that might appear slightly desperate to improve its economic numbers - for example, selling residency visas to well-off foreigners.

One in five unemployed

The Portuguese government's unending series of jobs programs doesn't change the fundamental problem: a stagnant economy. That has created a great political temptation to polish the employment statistics, according to Castro Caldas. But the reality is what it is: "One of five Portuguese citizens who is able and willing to work can't find a job. Maybe one out of four. Those are the real numbers."

Those numbers, however, are classed as "unemployment in the extended sense" in the statistical agencies. These numbers have lately been publicly reported, which has made the prime minister, Passos Coelho, unhappy. What must have made him even unhappier is that the agency corrected its December 2014 for "unemployment in the narrower sense" upward by 0.5, to above 14 percent.

This meant that the government could no longer claim, as it had been doing, that the unemployment rate is falling in Portugal - for even as counted in the statistically prettified "narrower" sense, it has been rising.