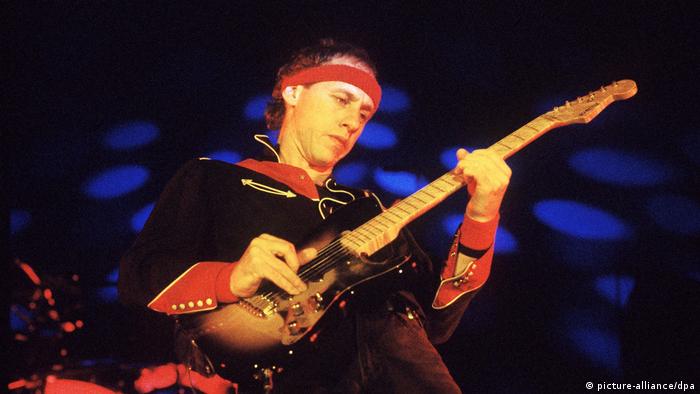 Nostalgia is not guitarist Mark Knopfler's strong suit. The successful British band Dire Straits' frontman, who now turns 70, finds looking back as unpleasant as life in the limelight.

Knopfler was born on August 12, 1949 in Glasgow. His mother was a teacher, his father was a Hungarian architect who had fled his country in 1939 because he was close to the Communists. Knopfler discovered music as a child. His uncle's piano playing sparked his passion for music, and his parents gave him his first guitar. While he was a student, Knopfler worked first as a reporter and farm hand and later as an English teacher, until he founded Dire Straits with his younger brother David in 1977.

Breakthrough with 'Sultans of Swing'

The band name referred to its members' initial financial situation. The record companies showed no interest until legendary radio DJ Charlie Gillett played a Dire Straits demo tape in his Honky Tonk BBC show, a track called "Sultans of Swing." Even before the last bar had been played, several record labels called the station to find out who had written the song. In the documentary Mark Knopfler: Guitar Stories, Knopfler and Dire Straits bassist John Illsley discuss guitars recall how they had missed that live broadcast because they were helping someone move.

Their 1978 debut album, Dire Straits, was an international success, establishing the band's trademark sound marked by the frontman's unique fingerpicking and a laconic singing style unmistakably influenced by Bob Dylan. 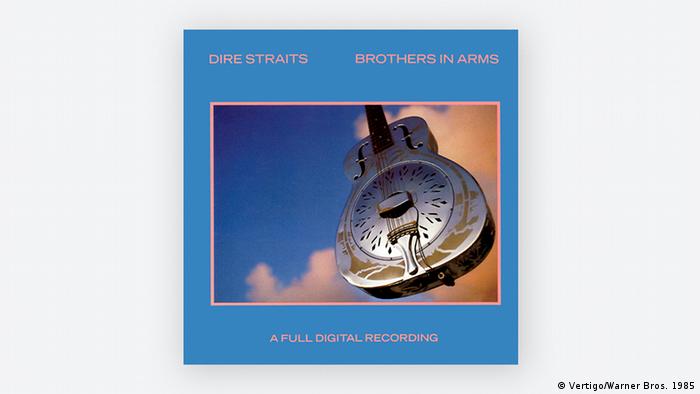 The Dire Straits' fifth album, "Brothers in Arms," was a huge success

'Money for Nothing' on MTV

Mark's younger brother David left the band after the second album because he felt Mark was too dominant. The brothers never got in touch again. The younger Knopfler therefore wasn't part of the band's biggest success when in 1985, Dire Straits landed at the top of the album charts worldwide with their fifth album, Brothers in Arms. The album sold more than 30 million copies and the video to "Money For Nothing," an ironic look at the music business in which Sting sang the line "I want my MTV" was the first to be released when the television network for music videos was launched in Europe.

Knopfler feared for his creativity and worried fame might go to his head, so he branched out into other projects, including his second band, The Notting Hillbillies. While Dire Straits depended on its frontman, Knopfler did fine without his original formation. As early as 1979, Knopfler played lead guitar on Bob Dylan's album Slow Train Coming and later wrote Tina Turner's comeback hit, "Private Dancer."

Six years later, the band released its next and last album, On Every Street. The following two-year tour turned out to be too much, however, and in 1995, Mark Knopfler quietly dissolved Dire Straits, though not necessarily by mutual agreement with the other band members. 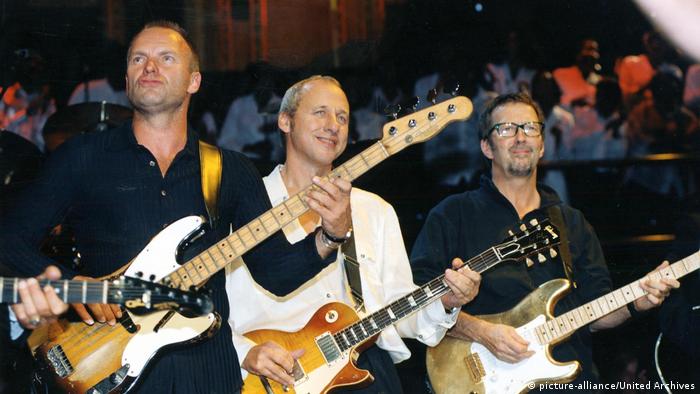 "I don't look back," Knopfler once told Germany's Gitarre & Bass music magazine, expressing dislike for "all those skeletons who come crawling out of their graves to earn a few more euros with their old songs."

When Dire Straits was inducted in the Rock & Roll Hall of Fame in 2018, Knopfler refused to perform or even attend the ceremony. He later said he was too busy working on the album Down The Road Wherever, released in November of the same year.

After the overwhelming burden of the band's success, Mark Knopfler found more pleasure in his solo career.

So far, he has released nine solo albums, and he's hinted that the current album could be his last — his back hurts and his eyesight isn't getting any better, either, he says.

Knopfler never made a secret of appreciating peace and quiet. The headbands he used to wear on stage not only kept the sweat out of his eyes; when he took them off after the show, nobody would recognize him anymore. While many superstars spent the 1980s more time in detox than in the studio, he stayed away from excesses and scandals.

In 2006 in London, Knopfler opened British Grove, a recording studio where he records his own albums, and which is also used by the likes of Eric Clapton, Duffy, the Rolling Stones and various orchestras. Mark Knopfler lives a secluded life in London with his third wife and their two daughters. He is a slow person, he says of himself; he takes his time walking, thinking, reacting, and he avoids stress.