Poetry written in regional dialect helps preserve local language and way of life in a globalized world. But a group of German and Scottish poets who have translated it found out just how similar Europeans are. 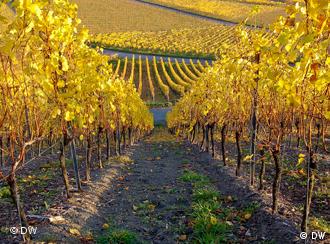 Franconian poetry is closely linked to the land

From landlocked farms in the Franconia region of Bavaria to fishing villages on the coast of Scotland or the Shetland Islands, regional dialects throughout consolidated and globalized Europe are something of an endangered cultural resource.

The task of preserving them goes in part to dialect poets, including two Germans and two Scots who have been involved in a project to translate regional verse.

Last year they held a workshop in Fife, Scotland, where they communicated through oral translators and were provided with literal "gloss" translations in both languages of each other's poems. Today, they say the experience has had a lasting effect on how they view their poetry.

Ties to the land

The sentiments of dialect poems are often expressed through rustic and geographically-bound language. While Franconian poets often work with imagery and idiomatic expressions based on a life of farming, the Scots poets do so with a life of fishing in mind. In some instances, this makes literal translation impossible and forces the poets to search for comparable literary devices.

Isabel Cole organized the workshop and edits a Berlin-based journal of German literature in English translation called "no man's land." She said dialect is less accepted in Germany as a form of literary expression than it is in Scotland.

"I think if people are open-minded about literature, dialects or non-standard literature, it is a real enrichment," said Cole. "That's something I actually miss in standard German literature. One thing I like about Germany is how many dialects there are, and how people cultivate their dialects. They have really different ways of expressing themselves."

Fishing is an integral part of local Scottish culture

Fitzgerald Kusz, a Franconian poet from Nuremberg, said that in translating Scots poems he was surprised to discover traces of that dialect's Germanic roots. Kusz has spoken Franconian since childhood and regards his dialect as an intimate and comfortable form of communication.

"On one hand, globalization continues strengthen its hold," he said, "High German, the unified language, can be heard on television in every village. But there is, in fact, a movement among the people to keep their languages alive."

And that is one primary goal of dialect literature, he added.

One of Kusz' Scots counterparts, Alexander Hutchison, said "a shift into the dialect makes things much more personal… for me it's just a different instrument."

Although Hutchison, who lives in Glasgow, is not optimistic about current attempts to cultivate dialect in Scotland's schools, he said that in poetry the Scots dialect is every bit as viable a form of self-expression as standard English.

The flip-side of globalization

Franconian poet Helmut Haberkamm, who grew up in a farming village not far from Erlangen, told Deutsche Welle in an email interview that Franconian is "deeply and unmistakably connected to my childhood and the early emotions and experiences which formed me, predetermined parts of my life, and arranged my existence.

"Franconian is inextricably dissolved in my person. It is my language of emotion and intimacy," he added.

Haberkamm has translated the works of Shetlandic poet Robert Alan Jamieson. Although the environments of Sheltand and Franconia vary greatly, Haberkamm said he found striking similarities in the way nature is woven into the lives and languages of both regions.

In translating Jamieson's poems, he said he wanted "to bring out the simple, gripping way these people express themselves."

Haberkamm described regionalism as the "necessary flip-side of globalization," adding that "people without an understanding of their roots and concrete values are easily manipulated."

Although Hutchison expressed similar sentiments while speaking about his desire to preserve Scots and see it flourish, he compared the dialect to a "threatened habitat," endangered by time and changing patterns of human behavior. Having lived for years in North America, Hutchison said he understands the pressures modern existence exerts on local cultures.

"People move around, people move off, people don't stay in one place long enough to develop it," he said. "There are new dialects springing up all the time. If there's enough settled community, they'll find a language.

"I'm always wary of standardization, of people trying to impose things. As a poet, I never want to make rules for other poets."

The Goethe Institute, Germany's language and culture institute, continues to boost awareness of the importance of multilingualism. Experts say a lack of knowledge of foreign languages in Europe is hurting the economy. (21.09.2009)

How should a German know what a "Bad Bank" is? But the word is now all over the German news. Two new editions of standard dictionaries try to help in the endless process of keeping German - and Germans - up to date. (22.07.2009)

Learn more about the many dialects in Germany.