Developers of a new skyscraper in London have begun working to resolve an unanticipated problem: a reflection so intense it has "melted" a car. Local business owners have also reported damages from the "fryscraper." 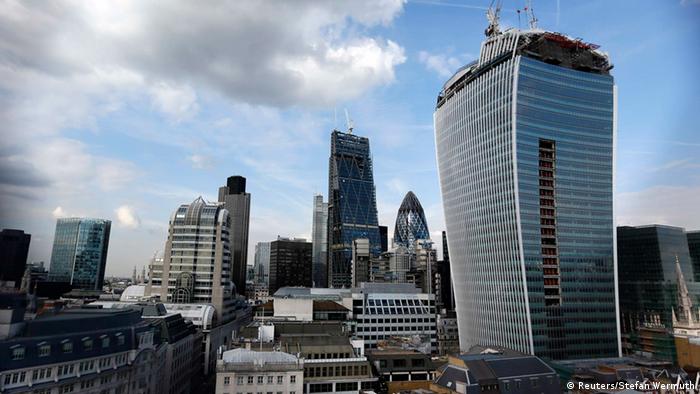 "You can't believe something like this would happen," car-owner Martin Lindsay told reporters. After leaving his prized Jaguar near the so-called "Walkie Talkie"- the newest skyscraper to adorn London's financial district - Lindsay returned several hours later to find one of panels warped, as well as a wing mirror and the Jaguar emblem drooped and misshapen.

"On the windscreen, there was a note from the construction company saying 'your car's buckled, could you give us a call?'," Lindsay said.

The culprit: sun rays reflected from a 37-storey building currently under construction.

Will Paris' plan to build 12 new skyscrapers ruin the city?

Paris' wide boulevards and elegant buildings date from the 19th century. But now a ban on building height has been overturned, and the city is set to get 12 new skyscrapers. But will this threaten the city's identity? (18.07.2013)

Developers Land Securities and Canary Wharf Group blamed the "current elevation of the sun in the sky," which, they added, would soon cease to be a problem as autumn approaches. In the meantime, they would erect scaffolding at the street level to block the damaging rays and have already closed three parking spaces, according to a statement released on Tuesday.

Local business owners criticized the developers for not anticipating the problem at an earlier stage.

"This is a health and safety issue," said local shop owner Ali Akay, who said the rays burned a hole into one of his carpets. "They should have looked into this before they built it."

It was not immediately clear what steps the developers could take to solve the problem now, with the building at 20 Fenchurch Street due for completion in March 2014.

A building contractor told Reuters news agency they might install anti-glare film to the windows, which could stop the rays, but would detract from the building's appearance, which locals already mock for its distinctive flared shape.

"Films can be difficult to retro-fit and look ugly," the contractor told Reuters. "Think what it's like trying to put a protective screen on your iPhone."

Who will take the blame for the mistake also remains unclear. The architect, Rafael Vinoly, was already linked to a similar problem with the Vdara Hotel in Las Vegas several years ago. The hotel reportedly also reflected heat at an unusual intensity, according to US media.

He has not yet issued a comment regarding Tuesday's incident.