DW is shutting down its last relay station. Having transmitted from the Kigali hilltops for 50 years, it was spared neither Cold War tensions nor the ghastliness of recent Rwandan history. But it will be missed. 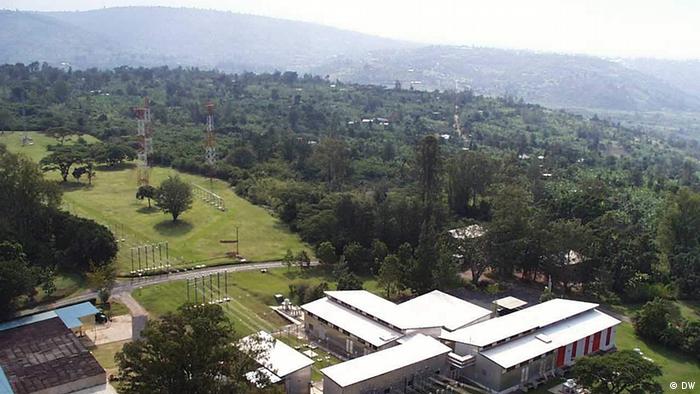 In 1963 - one year after Rwanda gained its independence - the new Rwandan government signed an agreement with Deutsche Welle, permitting what was then West Germany's international broadcaster to operate a relay station in Kigali. In return, West Germany would provide assistance for the launch of a new domestic Rwandan station Radio Rwanda.

Walter Berger had just turned 21 when he was asked if he wanted to go to Kigali as an engineer and assemble a relay station. This was the first relay station Deutsche Welle had ever built and this made Walter Berger a radio pioneer when he left for Africa in 1963. The posting was initially for 24 months but he ended up staying at the relay station for 28 years.

There were just two engineers at the beginning. Every electronic component, however small, had to be imported from Europe, but months would elapse before deliveries arrived. Often the engineers had to fall back on their own ingenuity. During the trial phase, they planted eucalyptus trees in the garden because they grew fast. "These were our antenna masts," the retired DW engineer explained.

Two years later - on 24 October, 1965 - the relay station went fully operational with state-of-the-art 1960s technology. Deutsche Welle broadcast from studios in Cologne in those days and the short wave signal was picked up in Kigali, where it was amplified and retransmitted to listeners in Africa and Europe. 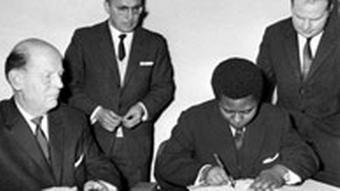 The station employed 15 engineers and around 60 locally employed Rwandan staff. But Kigali wasn't just a relay station, it was also home to those who worked there. Germans and Rwandans lived and worked on the compound, some of them with their families. There were close friendships. "It was like one big multicultural family," said Rwandan Rosette Berge. She joined Deutsche Welle in Kigali as the director's secretary in 1971. She worked at the relay station for 23 years. Then disaster struck.

At the start of the 1990s, ethnic tensions in the region between rival Hutus and Tutsis began to worsen. The security situation became precarious and a two and half meter (eight feet) high wall was built around Deutsche Welle's Kigali compound. By some eerie, disconcerting coincidence, the day on which the wall was finished, 6 April, 1994, was the day on which the genocide started. Within a matter of weeks, between 800,000 and one million Tutsis and moderate Hutus were brutally massacred.

"We were trapped," recalled Walter Berger. "What we heard from our colleagues about what was happening outside was very disturbing." There were firefights between the Rwandan army and the Tutsi Patriotic Front in the immediate vicinity of the relay station. Rwandan staff brought family members to work with them, believing they would be safer than at home. Some Rwandans scaled the wall of the compound in a desperate bid to reach safety. 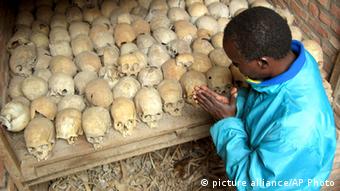 Memorial for victims of the Rwandan genocide in Nyamata

The Rwandan army caught wind of this. They arrived at the station, wanting to search the premises. The station's director Hans-Josef Berghäuser was able to prevent this but some 50 people who had sought sanctuary in the station's reception area were forced out by the soldiers. The soldiers also told the station's German staff it would be dangerous for them to try and hide people. They then shot two women on the spot, evidently to show that they meant what they had said. The station's staff were in fear of their lives.

Rescued at the last minute

The ensuing hours and days were full of foreboding. Several rescue efforts were called off at the last minute. Two attempts to evacuate the station by the US and Belgian military failed. However, a week after the genocide started, Belgian Special Forces, backed up by tanks, succeeded in getting through to the station. They were able to bring 11 German staff and their families to safety. Locally employed Rwandan staff were left behind. Shortly after the evacuation, the station was seized by the Rwandan military.

Walter Berger was separated from his Rwandan partner, Rosette, who also worked at the station. Because they weren't married at the time, he was forced to leave her behind. It nags at his conscience to this day. Rosette had been at the station for 23 years.

"Initially I resented being left behind, but later I thought it was probably for the best," she said. "I do not know if I would have made it to the airport." Her misgivings may have been justified. The convoy carrying the Germans had to pass through numerous street barricades. Patrols checked the vehicles dozens of times. As there were only Europeans on board, they were allowed to pass.

Eventually Rosette Berger, too, was able to escape. One and half months later she was safe in Germany, which is where the couple live to this day. She has never returned to Rwanda.

Around 80 of the 100 Rwandan staff at Deutsche Welle's Kigali relay station were killed in the genocide. Walter Berger and his colleagues returned to the station in August 1994 and it was a ghastly sight that awaited them. They found body parts of their dead Rwandan colleagues in the rooms. They were able to identify them by their clothing.

In the years that followed the station recovered some of its tranquility. The technical equipment was now more or less fully automated; the engineers were kept busy with maintenance work. 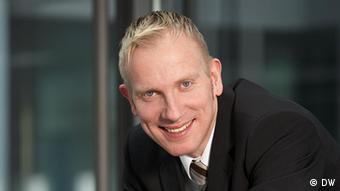 When the relay station first started transmitting in 1965, it was about 15 kilometers (nine miles) from the city center. Kigali has grown in the meantime and the station now finds itself in the suburbs. The plot of land on which the station stands has skyrocketed in value. But the price of real estate was just one issue Guido Baumhauer, Deutsche Welle's director of distribution, was forced to face when negotiating with the Rwandan government.

"Even if we wanted to stay, we couldn't because our contract with the Rwandan government is expiring and they do not wish to renew it," he said.

There are financial reasons for Deutsche Welle's departure. The annual cost of running the station totals three million euros ($3.3 million). To save money, Deutsche Welle is leasing time on commercial short wave transmitters and giving up its VHF FM coverage in Rwanda. Dismantling the station could take until August 2016 and Deutsche Welle has to vacate the premises by that date.

Walter Berger is saddened by the relay station's closure. The relay station pioneer said they had created a sort of cultural "German biotope" over the past half century. It was home from home and its demise "brings a small tear to my eyes," he said.

On the road with Kigali's only female mototaxi driver

Motorcycle taxis are the main mode of transportation in Rwanda's capital, Kigali - Claudine Nyanamajambere is the only woman to drive a "moto." DW portrays the woman who’s found her place in this male-dominated domain. (06.03.2015)

A court has sentenced popular singer and composer Kizito Mihigo to ten years for conspiring against the government, including plans to assassinate President Paul Kagame. Mihigo has pleaded guilty to the charges. (27.02.2015)