Deutsche Welle launches its renowned international contest "The Bobs - Best of Online Activism" with a new approach. The focus is now on the "Freedom of Speech Award." 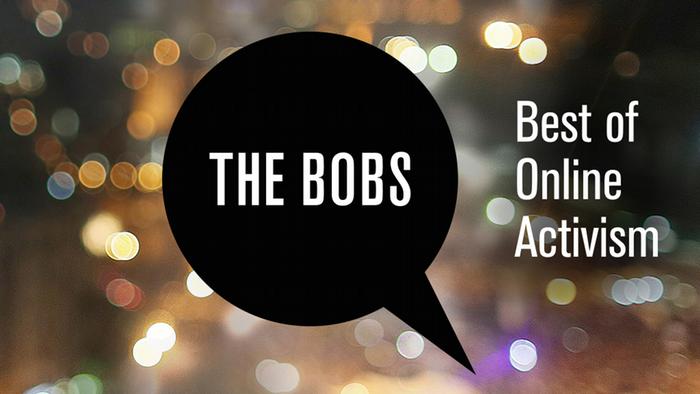 For the 11th time, Deutsche Welle is honoring exceptional online activists and projects from around the world. DW streamlined key points of The Bobs 2015. The most important change: DW will hand out the Freedom of Speech Award for the first time. It will honor a person or initiative that takes an exemplary stand for human rights and freedom of expression in the digital world.

Additionally, DW refined the contest's categories, the winners of which will be determined by an international jury, to "Social Change," "Privacy & Security" and "Arts & Media." All jury members are prominent online activists and digital media experts.

"We focused our international competition to a core issue for Deutsche Welle - the commitment to freedom of expression and freedom of the press," says DW Director General Peter Limbourg. "By concentrating on three jury categories it enhances the award's long-term impact beyond the global online community."

In the category Privacy & Security, the focus is on services or websites that help people protect their data and privacy using innovative, user-friendly apps or awareness-raising projects. This category is also open to tools that help circumvent censorship.

The Arts & Media category is the place for projects that do an exceptional job of using digital communications to convey their own interpretation of socially relevant issues. The category is also open to projects that take an innovative approach to media and information, including data and citizen journalism.

The winner of the Freedom of Speech Awardwill be announced by DW on February 26. The award's recipient as well as the winners of the three jury categories will be honored at the Deutsche Welle Global Media Forum on June 23, 2015.

The contest takes place in 14 languages: Arabic, Bengali, Chinese, English, French, German, Hindi, Indonesian, Persian, Portuguese, Russian, Spanish, Turkish, and Ukrainian. Internet users around the world can make submissions to the contest until March 12, 2015. All the details are available at thebobs.com (#thebobs15).

In addition to the Jury Awards, "The Bobs - Best of Online Activism" also hands out People's Choice honors in each of its 14 languages. People's Choice Award winners are determined by an online vote. Starting on April 9, Internet users will be able to cast ballots to choose the winners from among the five finalists put forward by the jury in each language.