Deutsche staff in the dock over carbon trading fraud scheme | Business| Economy and finance news from a German perspective | DW | 15.02.2016

Deutsche staff in the dock over carbon trading fraud scheme

A court in Frankfurt is looking into the role that suspended employees of Deutsche Bank played in a large-scale fraud scheme involving the trading of carbon permits. The trial is to continue until May. 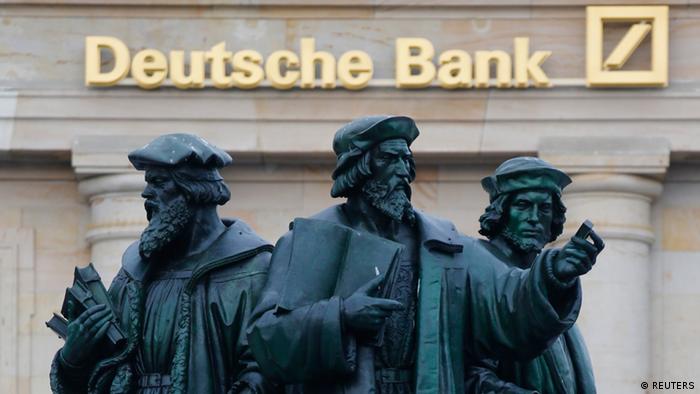 Frankfurt prosecutors have charged eight Deutsche Bank employees with being involved in the fraudulent trading of carbon permits and evading millions of euros in taxes.

The trial, which started in Frankfurt on Monday, is to look into exactly what part Deutsche employees played in so-called carousel trades made back in 2009 and 2010.

Buyers imported CO2 emissions certificates from one European Union country without paying value-added tax. They then sold those permits to each other, adding VAT to the price and generating tax refunds where no tax had been paid.

Prosecutors believe that up to 220 million euros ($246 million) in taxes were evaded with the help of Deutsche employees.

Germany's largest lender itself is not in the dock, and says it's been fully co-operating with the prosecutors.

"When the charges became known, we immediately suspended the employees in question," the bank had said in an earlier statement. "Deutsche stopped the trade in CO2 emissions certificates as early as 2010 and paid back all taxes," it added.

At least some of the defendants could face prison terms, legal pundits said Monday.

The Frankfurt court has already sentenced 10 other people to prison terms for their involvement in the carbon trading scheme. European police agency Europol estimated the scandal has cost EU governments more than 5 million euros in lost revenues.