Germany's largest lender has said US President Donald Trump's recent tax reform has pushed Deutsche Bank into the red again after two previous disastrous years. But that's not the only trouble it has to deal with. 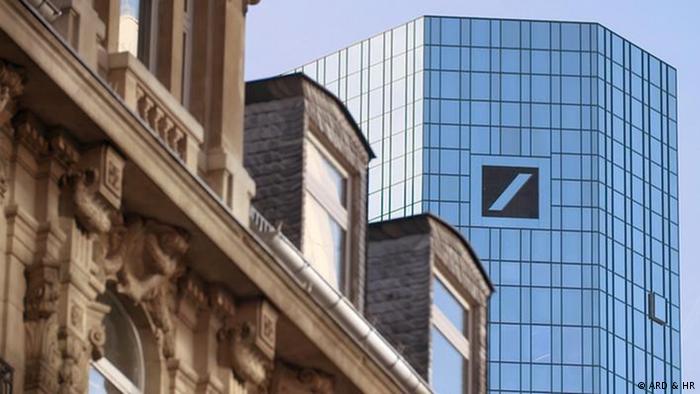 Presenting its 2017 earnings report in Frankfurt on Friday, Deutsche Bank said it logged a net loss of €512 million ($639.7 million) for the full year.

The figure marked the third consecutive year in negative territory, after losses of €6.8 billion in 2015 and €1.4 billion in 2016.

Deutsche said the 2017 loss was a result of the new US tax code, with the lender losing €1.4 billion in the final quarter. Without this one-off effect, Deutsche Bank would have logged a €900-million bottom-line profit, it said in a statement.

Yet another fine for misdemeanor

Only hours earlier, Germany's largest lender agreed to pay $70 million to settle a claim by US regulators who had accused the bank of manipulating a benchmark for interest-rate derivatives.

A statement by the US Commodity Futures Trading Commission (CFTC) said traders at Deutsche Bank Securities had sought to rig the ISDAfix benchmark and tried to steer the rate.

It's a crucial benchmark in global financial markets that plays no small role in determining the values of trillions of dollars in interest-rate swaps and other financial instruments.

CFTC officials said abuses occurred between 2007 and 2012. "There is no room in our markets for manipulation," CFTC Director of Enforcement James McDonald said in a statement. "We will continue to work hard to stamp it out wherever we find it."

Deutsche Bank is not the only lender that's been criticized for trying to rig the ISDAfix. The Royal Bank of Scotland, Citigroup, Barclays and Goldman Sachs have also had to settle CFTC probes, paying hundreds of millions of dollars in fines to the regulators.

Germany's biggest lender is expecting to report a full-year after-tax loss for 2017, largely owing to changes in the US tax system. The bank said it also suffered from low levels of client activity last year. (05.01.2018)