In the two years since the French made their top-secret UFO files public, more European nations have declassified documents. But the majority remain tight-lipped with a few refusing to even acknowledge the phenomenon. 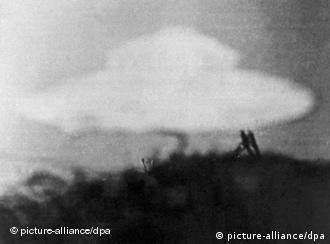 The declassified files have revealed many previously unknown cases

On August 4, 1990, an unidentified flying object was seen hovering in daylight near the town of Pitlochry in Scotland. Eyewitnesses stated that the diamond shaped object hung in the sky for about 10 minutes as two military aircraft made a series of low-level passes near it.

Almost three weeks later on August 24, hundreds of tourists and local residents observed formations of luminous spheres for over 30 minutes in the sky near the German city of Greifswald, located close to the coast of the Baltic Sea.

In November of that year, a triangular object was seen by numerous witnesses passing over Saint-Germain in the Champagne-Ardenne region of France. The object moved slowly at low altitude and emitted beams of light towards the ground before eventually speeding away.

All three events have many common factors, most notably that each one remains unexplained to this day. But one - the Greifswald incident - is the odd one out. This is because official documentation on the Pitlochry and Saint-Germain sightings collected by British and French governmental agencies are now available to the public after France and the UK took decisions to open up their UFO files.

Some of the truth is out there

The British and French governments are among a select few in Europe to have declassified previously top secret files and experts believe that, while they may currently be in the minority in revealing their documents, they are certainly not alone in having recorded sightings. 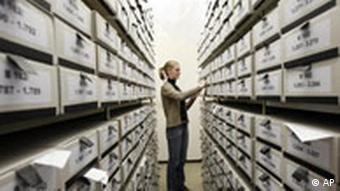 Germany refuses to say whether it has any UFO files

"The French released their UFO files through their space agency in 2007, Britain is mid-way through a 3-4 year program of revealing theirs under the Freedom of Information Act, while the Norwegians and the Danes have already released some files as have the Italians," Nick Pope, a former investigator of UFO reports and sightings with the British MoD and an expert on the topic, told Deutsche Welle. "The UFO phenomenon is a global phenomenon; there are unquestionably sightings all around the world so all European countries will certainly have had UFO sightings."

Germany is one of the many European countries which have not declassified their UFO files. In fact, the German government refuses to even admit that it has any UFO files despite the fact that independent organizations record, on average, between 50 and 100 sightings a year in the skies over Germany.

Germany among those remaining silent on UFO phenomena

"Germany has a high level of UFO sightings," Robert Fleischer, the coordinator for the German Initiative for Exopolitics, told Deutsche Welle.

He said that, since 1974, over 500 so-called "real" UFO cases - reported sightings that, after careful consideration by specialized experts, cannot be related to any conventional information - have been recorded.

"However, there has never been any official recognition by the German government relating to UFOs or UFO activity," Fleischer added. "So if the Germans were to open any files relating to UFOs, all we would find out is that they pass all their information to the Americans."

Most UFO cases reported over Germany were only revealed when US files were made public. Germany's lack of UFO research is possibly due to the fact that "the US assumed that role after the end of World War II, although the Germans have never officially acknowledged this or any interest in UFOs," he said.

So what do the files made public by the likes of France and Britain actually tell the public about the UFO phenomenon in Europe? 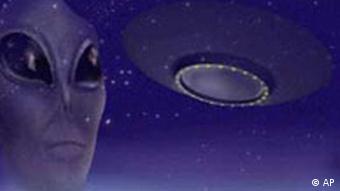 The files don't claim to have proof of extra-terrestrial life

Most of the sightings turn out to have conventional explanations, like the misidentification of all kinds of aeronautical and astronomical phenomena, but most European governments which have conducted investigations have found that about five percent of the cases cannot be explained, added Pope.

While neither Nick Pope nor Robert Fleischer could guarantee that the initial European declassifications would eventually pressure all EU governments into opening their files, they both agreed that the revelations made public by those countries willing to divulge information could only improve research into a phenomenon that they believe is an issue for every nation.

"I think this disclosure will lead to a greater understanding of the UFO phenomenon," said Pope. "The release of these files shows that governments do have information and if they liaise with each other, we may get further down the line to explaining this mystery because they all have a little piece of the puzzle. Unfortunately liaison is not common in this field."

However, the declassification may be discrediting some common UFO myths and lend credibility to sighting claims.

"When you read about sightings in governmental files from all around Europe with testimonies from military pilots, commercial airline pilots, and radar reports which show these things performing maneuvers and speeds that are way beyond our capabilities, it changes the nature of the debate from an underground anomaly to a mainstream issue," said Pope,"and that has to be a good thing."

Germany's UFO hotline has been inundated with thousands of calls from people who have mistaken glowing lights in the nighttime sky for alien space objects. (02.01.2009)

Ever been abducted by aliens? Feel the government let you down? Call Jens Lorek. The Dresden-based lawyer announced Thursday that he's in the compensation business, fighting for the victims of little green men. (06.10.2006)

A task force will share data it collected on unusual flight phenomena with Congress, as UFO enthusiasts rejoice. But a German expert with decades of research under his belt doesn't believe aliens have ever been to Earth.

Germany to give Czechs tanks so it could provide more weapons to Ukraine — as it happened 18.05.2022

The Czech Republic will receive tanks donated by Germany as the country passes its stocks of Soviet weaponry to Ukraine. Meanwhile, a Russian soldier pleaded guilty to killing an unarmed civilian.