Denmark′s New Party Aims to Shake Up the Far Right | Europe | News and current affairs from around the continent | DW | 09.05.2007

Denmark's New Party Aims to Shake Up the Far Right

Danish parliamentarian Naser Khader stepped into the limelight during last year's clash over the Mohammed caricatures. An advocate of free speech and Muslim dialogue, he's now founded a new party against right-wingers. 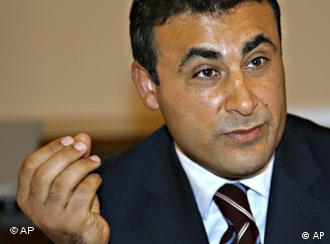 Naser Khader has been a voice for moderate Muslims

Denmark's new party, Ny Alliance (New Alliance), has been stirring up the country's political landscape. Earlier this week, the party officially broke away from the social-liberal party Det Radikale Venstre under the leadership of Syrian-born parliamentarian Naser Khader.

"We feel politically homeless and believe that there are many others who feel the same way," said Khader.

Khader has gained in popularity since a Danish newspaper caused an international uproar by publishing caricatures of Mohammed in September 2005. He founded the Association of Democratic Muslims and advocated dialogue among Muslims themselves. He also appealed to the Danish people to differentiate between radical Muslims and those with democratic ideals.

For some observers, the time seems ripe for a shift toward the left. According to German Denmark expert Bernd Henningsen, Ny Alliance has the potential to "bring the country to its senses." 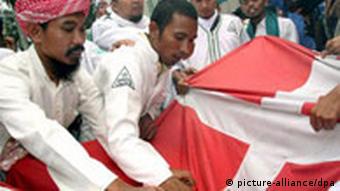 Over the past few months, members of the nationalistic Dansk Folkeparti (Danish People's Party) have provoked the public with numerous statements against foreigners. One member of the country's third strongest party called homosexuality a "sickness."

Another parliamentarian found resonance among fellow politicians when he compared the Muslim headscarf to the Nazi swastika.

According to official statements, Ny Alliance members left the Folkeparti in protest of its national rhetoric.

If you can't beat them…

Det Radikale Venstre, which is more center-left on the political spectrum than the name suggests, is no less vocal against the far right than the Khader's group. What differentiates the newbies, however, is not their stance but their strategy: While Det Radikale Venstre boycotts the government, New Alliance wants to join it. 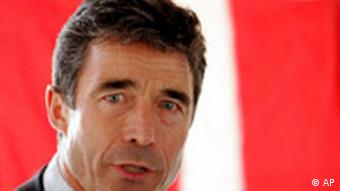 "We are not interested in a coalition under Anders Fogh Rasmussen," said Vestager. "His cooperation with the Dansk Folkeparti and his position on tax policy are not acceptable to us."

In part due to its aim of forming a government coalition, Ny Alliance can count on support from the conservative camp. One of the most prominent examples is EU parliamentarian Gitte Seeberg, who left the Konservative Folkeparti (Conservative People's Party) to co-found Ny Alliance.

Seeberg said that cooperation with the Dansk Folkeparti on issues like immigration, the European Union and globalization had become nearly impossible.

Ny Alliance, on the other hand, aims for "100 percent membership in the EU" and stands for a "strict but humanitarian immigration policy," she added.

Denmark has one of the tightest asylum policies in Europe. Last year, the Council of Europe criticized the Scandinavian country for maintaining "an atmosphere of intolerance and xenophobia."

Just a few days after its founding, Ny Alliance claims to have some 10,500 members already, which would put it on equal ground with its political opponents. The right-wing Dansk Folkeparti has about 8,500 members and the social-liberal Det Radikale Venstre has 10,000.

A Paris court on Thursday acquitted the editor of a satirical French weekly, sued by two Muslim groups for publishing cartoons of the Prophet Mohammed. (22.03.2007)

After 3 nights of rioting, 650 arrests, 25 people injured and an estimated 2.4 million dollars damage, the controversial Youth House squat in Copenhagen is finally coming down. (05.03.2007)

A fast-growing group of people in Denmark who don't get along at all with the morning is lobbying employers and institutions to throw off the yoke of nine to five. They say the early-to-rise work model is outdated. (01.03.2007)